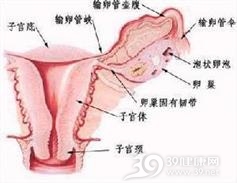 Adhesions caused by secondary infection of uterine cavity, uterine isthmus and cervical canal due to trauma, such as: traumatic curettage; It also includes specific infections, such as tuberculosis, schistosomiasis, amoeba and actinomycosis, etc. Amenorrhea and hypomenorrhea often occur clinically, resulting in infertility.

Endometritis can be divided into acute and chronic according to the course of disease; According to the pathogenic bacteria of its infection, it can be divided into tuberculous, sexually transmitted and general bacterial. Endometritis is mostly caused by the upward spread of external vaginal infection. Because of endometrial congestion, edema, a large number of inflammatory exudation, and a large number of plasma cells and lymphocytes in interstitial, these changes can affect sperm operation and implantation and development of pregnant eggs. Of course, the endometrium cannot provide enough nutrition for implantation eggs when inflammation occurs, and inflammatory exudate also has the effect of killing sperm, resulting in infertility.

Uterine leiomyoma is the most common tumor in women. According to the relationship between leiomyoma and myometrium, it can be divided into intermyometrial leiomyoma, subserosal leiomyoma and submembranous leiomyoma. The degree of myoma affecting conception is related to the location, size and number of myoma. According to clinical observation, infertility caused by simple leiomyoma is rare, but the clinical infertility caused by leiomyoma is mainly combined with various physiological and reproductive endocrine disorders, which can generally lead to: 1. Anovulation; 2. Endometrial tissue and function disorder; 3. Uterine endocrine dysfunction; 4. Disturbance of diastolic and contractile activity of sub-smooth muscle; 5. Infertility caused by dysfunction of endometrium and myometrium vascular system and microcirculation.

The normal uterine position is forward, the uterine body is slightly forward, and the cervix is downward and backward. After sexual intercourse, because semen accumulates in the posterior vaginal fornix, the downward cervix is easy to soak in semen, which is beneficial to sperm swimming upward. However, if the uterus is tilted back and flexed, the cervix is upturned, which is not easy to soak in semen and affect conception. Of course, excessive forward bending of the uterus is not conducive to pregnancy.

2. Hyperprolactinemia. RRL has the effect of damaging LH, and it is also believed that RRH directly acts with β hydroxysterol dehydrogenase in ovary and affects ketone synthesis.