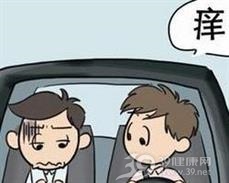 There are many pathogenic fungi causing this disease, such as T.violaceum, T.rubrum, T.metagrophytes, T.gypseum, M.canis, M.gypseum and so on. In addition, some cases caused by epidermophyton floccosum have been reported, but they are rare. Pathogens are transmitted by direct or indirect contact. Most of them are infected when scraping in barbershops, and topical corticosteroid preparation is one of the important inducements.