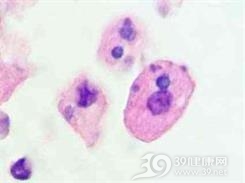 The main cause of softening spot is infection with intestinal bacteria

It is often caused by intestinal bacteria and invades multiple organs, but the most common one is urinary system involvement.

The pathogenesis of this disease is unclear, but half of the cases are related to immunodeficiency and autoimmune diseases including hypergamma globulinemia, immunosuppressive therapy, malignant tumor, chronic severe diseases, rheumatoid arthritis and AIDS. At present, it is believed that this lesion is due to the functional defect of macrophages, which blocks the degradation of phagocytic bacteria by lysosomes, thus causing excessive undigested bacterial debris in cytoplasm. It is speculated that the defect of microtubules affects the movement of lysosomes into macrophages and reduces the release of lysosomal enzymes in macrophages. MG corpuscles may be formed by the deposition of calcium phosphate and other minerals on these excessive lysosomal enzymes.