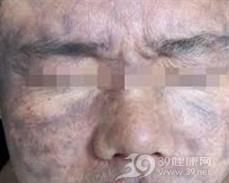 Its pathogenesis is not fully understood. In many inflammatory skin diseases, histological examination shows increased melanocyte activity, which is probably due to the reduction or partial removal of sulfhydryl groups in skin due to inflammatory reaction. Due to the decrease of sulfhydryl groups, tyrosinase activity increases and pigmentation is caused. Whether pigmentation is caused after skin inflammation depends not on the degree of inflammation but on the nature of skin diseases. Suffering from some skin diseases such as lichen planus, pityriasis rosea, herpes zoster, lupus erythematosus, fixed drug eruption, herpetic dermatitis, subkeratoid impetigo, neurodermatitis, insect bite dermatitis, secondary syphilis, mast cell disease, pyoderma, etc., it is easy to cause skin pigmentation to varying degrees. Its degree is related to the period and intensity of inflammation, especially in people with dark skin color and easy tanning. While other skin diseases are often followed by mild pigmentation or even hypopigmentation. The study of these differences will help to further clarify the relationship between melanocytes and epidermal cells. In addition, the duration of pigmentation is also different. Generally, after several weeks or months of inflammation, pigmentation can fade gradually. However, in some grass-roots cells or inflammatory processes at the junction of epidermis and dermis, such as lichen planus, discoid lupus erythematosus, fixed drug eruption, etc., melanin can easily fall into the upper dermis and gather inside and outside melanophagocytes (pigment incontinence), so the pigmentation caused by it is often very lasting.