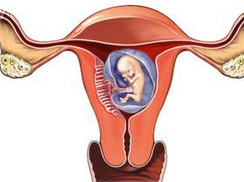 The etiology is unknown, which may be due to the hereditary regulation disorder of blood vessels in diencephalon and pituitary gland, which makes the autonomic nervous dysfunction of various parts of diencephalic system.

Ovarian nerves come from ovarian ganglia and sympathetic nerve chain through utero-vaginal ganglia, and nerve fibers are distributed on blood vessels and smooth muscle. Norepinephrine is the main neurotransmitter. Most of the nerves from the ovarian plexus entering the ovary are superfine fibers, which enter the ovarian stroma with blood vessels, and there are abundant nerves distributed around the stroma and blood vessels. It has been found that there are nerve fibers in secretory cells of ovarian stroma, granulosa cell layer of follicle, cytoplasm of egg cell and luteum formed, so recently some people put forward the hypothesis that follicles and their secretory cells can directly accept nerve influence. Recently, fluorescence histochemical method has been used to show that there are a large number of adrenergic nerves distributed in ovary and spread into terminal reticulum in ovarian stroma. Most of these nerve fibers are non-vascular distributed in ovarian stroma, while others are on the intima of mature follicles. These nerve fibers have the function of inhibiting the secretion of ovarian interstitial tissue, affecting follicular atresia, follicular maturation and sex hormone secretion, resulting in dysfunction of hypothalamus-pituitary-ovarian axis (H-P-0 axis) and abnormal ovarian function.