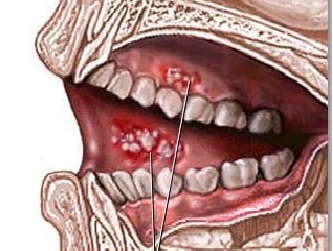 The main causes of oral cancer are: long-term addiction to tobacco and alcohol, poor oral hygiene, long-term stimulation of foreign bodies, malnutrition, related diseases and so on

Oral cancer is a kind of chronic pathological process. Before it enters typical or obvious cancer lesions, it needs to go through several years or even more than ten years of precancerous lesions of oral mucosa. It is more common in the superficial part of oral cavity, which is beneficial for doctors and patients to check and find it directly, and is convenient for early diagnosis and timely prevention and treatment. At present, oral medical circles think that oral leukoplakia, oral erythema, lichen planus and submucosal fibrosis should be regarded as oral precancerous lesions. Among them, oral mucosal leukoplakia has the highest prevalence rate and the possibility of canceration is also greater.

After years of research, it is believed that the occurrence of oral cancer is related to many factors.

(1) Long-term hobby of smoking and alcohol

Most patients with oral cancer have a long history of smoking and drinking, while those who do not smoke and drink are rare in oral cancer. In 1982, 234 cases of buccal mucosa cancer were treated by Trivandrum Cancer Center in India, of which 98% had a history of chewing tobacco leaves and tobacco blocks. Residents in some parts of the world, such as Sri Lanka, India, Myanmar and Malaysia, have the habit of chewing betel nuts or "nas".

Poor oral hygiene habits create conditions for bacteria or mold to breed and reproduce in the oral cavity, which is beneficial to the formation of nitrosamines and their precursors. Coupled with stomatitis, some cells are in a proliferative state and are more sensitive to carcinogens, so various reasons may promote the occurrence of oral cancer.

Oral leukoplakia and proliferative erythema are often precancerous lesions. Silveman reported 257 cases of oral leukoplakia with an average follow-up of 7.2 years. 45 cases were confirmed by biopsy as squamous cell carcinoma (17.5%), which was 0.13% ~ 6% reported in the past. Therefore, no matter how long the course of oral leukoplakia and its benign manifestations, it is necessary to follow up for early detection of canceration. According to the census report of 1980 by the Research Collaboration Group of Prevention and Treatment of Oral Mucosal Leukoplakia in China, the prevalence rate of leukoplakia in Chinese is 10.47%. Although leukoplakia canceration is rarely about 3% ~ 5%, tongue is the prone site of leukoplakia, and leukoplakia canceration can account for 1.6% ~ 23% of tongue cancer. Silverman et al. also pointed out that precancerous changes except mucosal leukoplakia, proliferative erythema is more dangerous, and its malignant changes are nearly four times that of leukoplakia patients. Some authors believe that erythema is actually an early cancer, and its red color is the result of tumor angiogenesis and immune response to tumor. Kramer et al. reported that in patients with tongue and floor leukoplakia, canceration accounted for 15% with an average of 4.3 years, and red and white spots were 5 times higher than leukoplakia. Biopsy of red and white spot lesions should be taken from erythema area as much as possible, and the positive rate in this area is higher.

Outdoor workers who are exposed to direct sunlight for a long time have a higher incidence of lip cancer and skin cancer. Ionized euphoria can cause changes in genetic material DNA, activate tumor genes and lead to canceration, and both R-ray and X-ray have carcinogenic effects. In Guangdong Province, due to the wide application of radiotherapy for nasopharyngeal carcinoma, the risk of secondary primary cancer in any part of oral cavity in radiation area has increased. The

Lack of microorganisms such as A1 and B2, trace elements, zinc and arsenic will increase the sensitivity of the body to carcinogens. In addition, chronic hepatitis, liver cirrhosis and virus infection, which lead to low immunity, are also related to the occurrence of oral cancer.

Second, the incidence of oral cancer

Incidence varies widely across China and regions, with the highest rates in South Asia, France, the Indian subcontinent, Brazil and Central and Eastern Europe. Oral cancer is the most common cancer in India, Bangladesh, Pakistan and Sri Lanka, accounting for about 1/3 of all cancers. The incidence of oral cancer in China is relatively low, ranking far behind 10 malignant tumors in all parts of the body. However, due to the large population base in China, the absolute number of oral cancer cases is also considerable.

Oral cancer can occur in all people, but it is more common in adults. In Western China, more than 98% of patients are over 40 years old. In recent years, both in China and Western China, the age of illness tends to be older, which may be related to the prolongation of the average life expectancy of the population. According to statistics, the prone age of oral cancer is 50 ~ 70 years old, and the median age is about 60 years old. From 1993 to 2002, 3265 cases of oral squamous cell carcinoma were treated in the Department of Oral and Maxillofacial Surgery of the Ninth People's Hospital affiliated to Shanghai Second Medical University. The ratio of male to female was 1.70: 1.00, and the average age was 57.8 years old.

Oral cancer is more common in men, but in recent years, both in Western China and China, there is a significant increase in young women. The prevalence rate of oral cancer among women in Connecticut has increased from 1.2/100,000 in 1930s to 5.3/100,000 (1985), an increase of about 4.5 times. Although the number of male oral cancer cases also increased during the same period, it was only about 3.0 times. The ratio of male to female prevalence rate has gradually decreased from 6: 1 in 1950s to about 2: 1. The statistical data of the Department of Oral and Maxillofacial Surgery of the Ninth People's Hospital affiliated to Shanghai Second Medical University showed that the ratio of male to female was 2.82: 1.00 from 1960 to 1965, but it was reduced to 1.70: 1.00 from 1993 to 2002, indicating that the growth rate of female patients was much faster than that of male patients. The increase of female patients may be related to the increase of female drinking and smoking habits (chewing tobacco leaves and betel nuts) and more participation in manual labor occupations originally performed by men.

Odontogenic and epithelial tumors are the most common benign tumors in oral and maxillofacial region, such as ameloblastoma and pleomorphic adenoma; Followed by mesenchymal tissue tumors such as tubular tumor and fibroma.

The order of the prone sites of oral cancer varies according to different China and regions. In Western China, except lip cancer, tongue cancer is the most common oral cancer, followed by mouth floor cancer. Data from China show that gingival cancer was the most common in 1960s, but tongue cancer leapt to the first place in recent years, and gingival cancer retreated to the second place (buccal mucosa cancer ranked second in some areas). From 1966 to 2002, 5746 patients with lip and oral cancer were treated in the Department of Oral and Maxillofacial Surgery of the Ninth People's Hospital affiliated to Shanghai Second Medical University. Tongue cancer accounted for 42.6%. The data of 3435 patients with lip and oral cancer in the Department of Oral and Maxillofacial Surgery of West China School of Stomatology of Sichuan University from 1953 to 2000 also showed that tongue cancer accounted for 29.9%, ranking first, and buccal cancer ranked second.

Tongue cancer is a high incidence at home and abroad, but the difference is that mouth floor cancer ranks second in western China, while it ranks lower in China. The difference of prone sites is related to race, region and various environmental factors, such as living habits, diet and hobbies, so it is necessary to make in-depth study.

Oral cancer is found all over the world, but the incidence varies from region to region, with the highest incidence in Southeast Asia, such as Bangladesh, Myanmar, Cambodia, India, Malaysia, Nepal, Pakistan, Singapore, Sri Lanka, Thailand and Vietnam, which is related to the habit of chewing tobacco and betel nuts among local residents. The incidence of oral cancer varies among different races. For example, in Singapore, the incidence of oral cancer among Indians is higher than that among Chinese and Malaysians, African-Americans and whitesThe incidence of cancer in men is significantly different. Besides being related to some habits, it also involves racial susceptibility, social, economic, cultural and other factors.