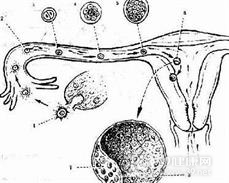 The main causes of obstetric shock are excessive blood loss during childbirth, surgical or anesthetic errors, infection or other diseases

(3) After the delivery of the fetus:

During full-term supine delivery, the uterus compresses the aorta, which reduces the return blood volume and may lead to shock. It is reported in foreign literatures that the cesarean section bed should be tilted 30.

In particular, illegal abortion and old delivery are prone to Gram-negative bacterial infection and endotoxin infection. Septic shock is a serious complication of obstetric infection. Common pathogenic bacteria are:

② Streptococcus: Gram-positive cocci, which are divided into three categories: A, B and C, among which B hemolytic streptococcus has the strongest pathogenicity. It produces hemolysin and a variety of enzymes, which can easily cause infection spread and septicemia, and is an important strain of obstetric infection. In recent years, the carrier rate of Class B streptococcus (GBS) in women's reproductive system is quite high, which can cause maternal infections, including choriitis, amnionitis, septicemia, urinary tract infection, and late abortion, stillbirth, fetal dysplasia (IUGR), premature delivery and premature rupture of membranes. It is proved that type ⅰ a and type ⅲ are the main pathogenic serotypes, and type ⅲ accounts for about 2/3 in developed China.

③ Staphylococcus: Gram-positive cocci, which are divided into three categories: golden yellow, white and lemon color. Staphylococcus aureus has the strongest therapeutic power, is easy to cause multiple metastatic abscesses and is easy to produce drug resistance, and is an important bacterium in obstetrics and gynecology surgery. Although antibiotics are available to control infection, attention should be paid to bacterial resistance and flora variation.

The pathophysiological changes of the decrease of effective circulating blood volume have the following three aspects:

When the effective blood volume decreases, the baroreceptors of carotid sinus and aorta are stimulated, which excite the medulla oblongata heartbeat center, vasomotor center and sympathetic nerve through glossopharyngeal nerve and vagus nerve, and act on the heart, small blood vessels and adrenal gland, etc., so as to accelerate the heartbeat and increase cardiac output; Adrenal medulla and sympathetic postganglionic fibers release a large amount of catecholamines. Catecholamines cause strong contraction of small blood vessels in skin, limbs, intestines, kidneys, etc., including increased contraction resistance of microvessels and anterior sphincter of capillaries, which reduces the blood volume entering true capillaries. The direct passage through microcirculation, or even short circuit of arteries and veins, makes the venous return blood volume can be maintained, so the blood pressure can still be kept from falling. At the same time, cardiac and cerebral vasoconstriction was not obvious. So as to ensure the perfusion of important vital organs, heart and brain. This period is vasoconstriction and shock compensation period of microcirculation compensation.

If you don't get blood volume replenishment treatment during the compensatory period, The blood volume of microcirculation will decrease progressively, Arterioles contract extensively for a long time, So that blood can't flow through the capillary bed, The true capillary network can't exchange nutrients, metabolites, O2 and CO2 with tissue cells, The blood flows directly into the open arteries and veins, and the blood flows directly into the veins from the arteries. Although the blood supply to the heart and cerebral circulation is preferred, the blood in the capillary network continues to decrease, the tissue perfusion is insufficient, the nutrients and O2 can not meet the needs of the tissues, and the tissues are ischemic, hypoxia, metabolic disorder, waste materials produced by metabolism and acid produced by hypoxia metabolismThe increase of sexual substances, lactic acid and pyruvate cannot be ruled out. Accumulation of acidic substances metabolized by long-term microcirculation blood flow insufficiency or stasis cells, Local acidosis is aggravated, the anterior sphincter of capillaries is still in a contracting state, a large amount of blood flows stagnant in capillaries, hydrostatic pressure rises, and the permeability of capillaries damaged by hypoxia of vascular endothelial cells increases, so that a large amount of liquid and protein in blood vessels exude into interstitial fluid and blood concentrates; With the increase of blood viscosity, the return blood volume is obviously reduced, the cardiac output is even lower, and the blood pressure is lowered. This period is the period of microcirculation expansion, indicating that shock has entered the period of inhibition.

Because of blood concentration, Endothelial cells are damaged, Red blood cells and platelets are easy to attach to damaged vascular endothelium and coagulate, Even microthrombosis is formed, diffuse intravascular coagulation occurs, hemoperfusion is stopped, cell hypoxia is more serious, lysosomal membrane in cells is broken, various acidic hydrolases are released, tissue proteins are directly digested, and various proteins can be catalyzed to form various kinins, resulting in autolysis and damage of various cells. If the capillary is blocked for more than 1 hour, the metabolism of the injured cells will stop and the cells will die. Therefore, shock develops to disseminated intravascular coagulation, showing microcirculation failure, and shock enters decompensation.

3. Secondary multiple organ damage has long shock time, long ischemia and hypoxia time of internal organs and tissues, degeneration, necrosis and hemorrhage of tissues and cells, resulting in organ failure. Multiple system organ failure (MSOF) caused by simultaneous or successive damage of several organs is the main cause of death of shock patients, which is the cause of so-called irreversible shock in the past. MSOF syndrome has been the focus of shock research in recent 10 years. 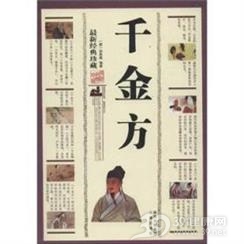 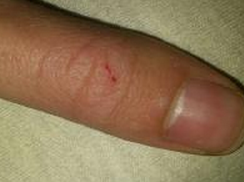