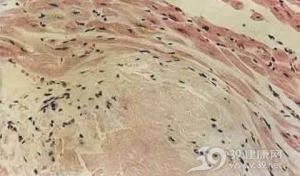 Diagnosis and treatment knowledge of cardiac amyloidosis in the elderly

1. Therapeutic purpose the therapeutic purpose of this disease is: ① to reduce chronic antigenic stimulation; Inhibiting the synthesis and deposition of amyloid; Promote the decomposition and dissipation of deposited amyloid protein. Unfortunately, the effect of drug treatment so far is still far from these purposes.

(1) Primary patients: At present, there are the following drugs used: ① Alkylating agents and anti-tumor antibiotics, including cyclophosphamide, carmustine (carmustine), phenylalanine nitrogen mustard (levosarcomatin), doxorubicin (adriamycin), bleomycin, etc., in order to inhibit excessive immunity and reduce amyloid production. It is preliminarily considered that it can prolong the life of patients, and the usage can refer to the treatment of multiple myeloma; ② Colchicine, 0.6 mg, 3 times/d, aims to inhibit the microtubule system of plasma cells and block the synthesis of amyloid protein. It is first used in hereditary patients, and now it is also used in primary patients. It is reported in the literature that it can prolong the life of patients; ③ Adrenal cortical hormone is mostly used in combination with alkylating agent or anti-tumor antibiotic, aiming at alleviating the side effects of the former and promoting the decomposition of amyloid protein. The usage refers to multiple myeloma.

(3) Myeloma-related patients: Active treatment of multiple myeloma and other plasma cell diseases, the curative effect depends on the disease type and the degree of renal function damage.

(4) Hereditary patients: Since the reticuloendothelial system of the liver is the main organ for amyloid synthesis in this type of patients, it has recently been reported that liver transplantation has been performed in two patients in Sweden. After operation, plasma amyloid precursor (TTR) disappeared and polyneuropathy stopped progressing.

(5) Localized patients: Because their lesions are mostly limited to individual organs, they will not be treated if they are asymptomatic. If symptoms are caused by tumor-like lesions, surgical resection is feasible.

(6) Senile patients: Generally, no special treatment is given. If heart failure occurs, you can follow the following medication principles for heart failure.

(7) Hemodialysis correlation: Polysulfone dialysis membrane (PS), polycarbonate (AN69) membrane and polyacrylonitrile membrane (PAN), which can clear β 2 microglobulin, have good results. AN69 can also be used for dialysis filtration, and the effect is more ideal.

(1) Treatment of heart failure: There is no satisfactory method at present. Diuretics and vasodilators, such as angiotensin converting enzyme inhibitors and nitrates, can be given carefully to improve symptoms. However, ventricular filling pressure should be prevented from being inappropriately reduced and causing hypotension. Because amyloid protein can selectively combine with digitalis drugs, even if it is applied in small doses, it will cause severe arrhythmia, so it is not suitable for use. Negative inotropic drugs, especially calcium antagonists, should be avoided because they can further worsen cardiac function.

(2) Treatment of arrhythmia: For severe cardiac conduction disorder or malignant ventricular tachyarrhythmia with symptoms, pacemaker or implantable automatic cardioverter defibrillator should be used as much as possible. For benign arrhythmia, try to avoid the use of antiarrhythmic drugs, because of the negative inotropic effect of such drugs, which may aggravate cardiac insufficiency. For those who may have malignant arrhythmia, it is advisable to choose antiarrhythmic drugs with less negative inotropic effect.

examination and diagnosis of cardiac amyloidosis in the elderly