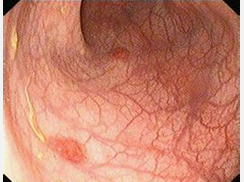 Knowledge of diagnosis and treatment of colon polyps in the elderly

The treatment of colorectal polyps is mainly based on its location, whether it has a pedicle, its size, and its malignant potential. In recent years, due to the gradual and widespread use of fiber colonoscopy, the treatment of polyps located above the sigmoid colon has been greatly improved, and open exploratory operations have been greatly reduced. In principle, for benign polyps or intramucosal carcinomas, and even pedicled invasive carcinoma, whose invasion has not exceeded the neck of the polyp, local excision can be performed. However, there are reports in the literature that focal invasive carcinoma can also occur at the distal end of pedicled polyps. Although it is still far from the pedicle, there are occasional lymphatic metastases. If a polyp less than 0.5 cm is found during the lens, it is immediately removed, because it is often difficult to find the lesion when the lens is withdrawn. For polyps larger than 0.5 cm and smaller than 2.0 cm, snare removal should be performed according to the shape and whether it is pedicled. A distance of 0.5cm between the cutting part of the long pedicle polyp and the root of the polyp should be left, and the snare should be tightened while cutting and hard. The short pedicle polyp should be at the junction of the head and pedicle. After the snare, the root should be lifted to form a sharp curtain. , And then condense again. During electrocoagulation, keep the lens and the polyp at a distance of more than 2.0cm, and keep the polyp away from the surrounding intestinal wall. Note that the tip of the snare should not be in contact with the intestinal wall, and the snare must be tightened. If the lesion is too large to be suspended in the intestinal cavity, the head of the polyp can be exposed to the intestinal mucosa extensively. The close contact method will not cause burns to the normal intestinal mucosa. Regarding how many polyps should be removed, some people propose to remove 3-8 polyps at one time and coagulate 20 polyps. We believe that the number of polyps removed at one time depends on the specific conditions of the patient, whether the polyps have pedicles and their size. Because whether bleeding or perforation occurs after the polyp is removed by electrocoagulation, it does not depend on the number of resections. As long as there is a certain amount of normal intestinal mucosa between the coagulated polyp lesions when the polyp is coagulated and cut, it is appropriate to increase the number of polyps removed. The number is feasible. Generally, the treatment method for colorectal polyps is selected according to the following conditions.

1. Colorectal polyps located within 25cm from the anus

It can be treated from the anus or sigmoidoscopy, and different methods are used according to whether the polyp has a pedicle.

A snare can be used to remove electrocautery from the pedicle of the polyp. According to pathological biopsy, if it is benign or intramucosal cancer, or invasive cancer that has not exceeded the polyp neck, no further treatment is required. If it is invasive cancer that has invaded the pedicle, but no cancer is seen at the cut edge of the excised specimen, It can also not be processed further.

Biopsy should be performed first. If it is benign or the polyp is small, the entire electrocautery can be removed by sigmoidoscopy. If the polyp is large or intramucosal cancer, a full-thickness resection of the intestinal wall including the polyp should be done, and the polyp located more than 12cm from the anus should be removed by open surgery. If it is a wide-based polyp with invasive cancer, it should be treated according to the principles of colorectal cancer surgery.

2. Colorectal polyps more than 25cm from the anus

Can be treated by fiber colonoscopy. According to whether the polyp has a pedicle, the following different treatments are used.

Use a snare to excise the pedicle of the polyp with electrocautery. The following conditions should be handled according to the principles of colorectal cancer surgery. ①When the cut line only sticks to the cancer; ②When there is a tumor thrombus in the lymphatic vessels in the section; ③When the undifferentiated cancer.

The biopsy was benign, the polyp was small, and the entire polyp could be removed by electrocautery through colonoscopy. If the polyps are large or invasive cancer, open surgery should be performed.

3. Those who are more than 25cm away from the anus and cannot undergo fiber colonoscopy

Laparotomy should be performed.

If polyps are found, electrocoagulation and electrocutting of polyps under electron microscope is the optimal treatment plan.

After electrotomy of polyp patients, regular review to guard against cancer

After colonic polyps are removed, the incidence of colorectal cancer can be significantly reduced.

how to diagnose and differentiate colon polyps in the elderly