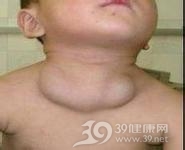 1. Anticipating self-healing For smaller, localized lymphangiomas that do not affect the function and appearance, the treatment may not be given. Because some lymphangiomas have a tendency to naturally disappear. Although the lesions are extensive, but there are no signs of breathing, dysphagia, and other serious complications, they may not be treated for the time being. Observation and follow-up for ~ 2 years. If there is no regression or increase in size, then treatment will be given.

2. Injection therapy In the past, it was believed that local injection of sclerosing agent to treat lymphangioma had no obvious effect. In recent years, the anti-tumor drug bleomycin (bleomycin) has been used as a local injection therapy, and a relatively satisfactory effect has been achieved, with complete regression and significant reduction of up to 70%. It may be achieved by the dual effects of inhibiting the growth of lymphatic endothelial cells and chemical stimuli to make interstitial fibrosis. From the histological point of view, the effect on the more mesenchymal types such as simple and cavernous lymphangioma is poor, and the effect on the mesenchymal types such as cystic hydromass is better. Practical application also shows this.

There are two kinds of bleomycin: water and emulsion. The water dose is firstly prepared at a concentration of 1mg/ml, and each dose is 0.2～0.3mg/kg injected into the lymphangioma, once a week, 3～10 times. A course of treatment. When using the emulsion, it is 0.6mg/kg each time and repeated after 4-6 weeks. The total dose should not exceed 5mg/kg. It is believed that the emulsion is more effective than liquid and has fewer side effects. Within 1 to 2 weeks after the injection, there was transient swelling in the area, and then gradually reduced and indurated, but there were certain side effects. On the same day or the next day, there was a fever of about 38°C, and occasionally diarrhea and vomiting. The most serious complication is pulmonary fibrosis.

Recently, it was reported that OK-432 (picibanil, a hemolytic streptococcal preparation) was used for local injection therapy. First, one clinical unit (1ke) of OL-432 was dissolved in 10ml of normal saline, and the same amount of OK- The 432 solution was injected into the tumor cavity, and the amount of one injection was limited to not more than 2 clinical units. After 2 to 4 weeks of observation, additional injections were made 1 to 2 times. In a group of 22 cases, 14 cases completely resolved after 1 to 3 injections in 2 to 3 months, 6 cases were significantly reduced, and 2 cases were ineffective. The side effect is a local inflammatory reaction, swelling for 3 to 5 days, and transient fever. This method can avoid the risk of pulmonary fibrosis caused by bleomycin.

Because injection therapy is relatively simple and less damage to tissues, it can avoid serious complications that may occur due to surgery. Moreover, surgery is often difficult to completely remove, so it can be used as the first choice for cystic lymphangioma.

3. Surgical treatment Although surgical resection is still the main treatment for lymphangioma, it is currently not advisable to operate on any type of lymphangioma without evidence. Cervical lymphangioma has a tendency to expand toward the mediastinum and chest cavity, which may cause difficulty in breathing, affect eating, and is ineffective in injection treatment, which is the indication for surgery. Surgery is not suitable for lymphangioma complicated by infection, and infection must be controlled first. Intracystic bleeding is not a contraindication to surgery.

The actual lesion range of cystic lymphangioma is often beyond the original estimate, and it is often difficult to completely remove it during surgery. It requires careful dissection of important nerves, blood vessels and other structures in the neck during surgery. Prevent facial nerve palsy, tongue nerve, recurrent laryngeal nerve, and phrenic nerve damage that can cause breathing difficulties and hoarseness. For the remaining cyst wall, 0.5% tincture of iodine can be rubbed to destroy endothelial cells to prevent recurrence. 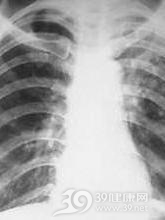 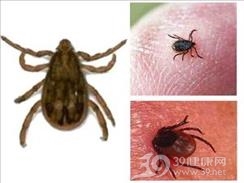