taste the symptoms, early symptoms and signs of his disease 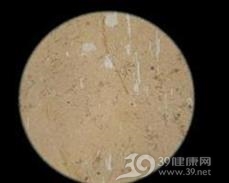 Early symptoms: After 1 ~ 3 weeks after spirochete invades the skin, red papules appear locally, which is the initial rash. The erythema and scaly plaque with a diameter of 1 ~ 3cm formed in 2 ~ 3 months, and then satellite macula or papule appeared around the rash.

Late symptoms: Most of them appear 2 ~ 5 years after infection, mainly showing pigmentation, hypopigmentation, hyperkeratosis, skin atrophy, lymph node enlargement and so on. In addition, proximal articular nodules may occasionally occur. He has no systemic symptoms and does not invade cardiovascular and central nervous system.

The clinical manifestations of Pinta's disease are papules, variable pigmentation and hyperkeratosis. Papules appear in the early stage of the disease. How can skin pigmentation and hyperkeratosis appear with the development of the disease? From the clinical development of Pinta's disease, it can be divided into the following three phases:

1. The first stage is the primary papule stage, in which several small papules appear at the infected site at first, and the papules gradually increase and fuse together, with a diameter of 1 ~ 2cm, followed by desquamation and pigment changes on the surface, often showing reddish brown. The skin of lower limbs and legs is the main factor (about 80%), and it can also be distributed in forearms and back of hands. The damaged skin is red, swollen, itchy, etc., and the symptoms are different in severity.

2. The second stage is pintids. After about 2 ~ 6 months, the rash spreads to other parts, but it is still mainly on the skin of lower limbs, and can also affect the face, arms and trunk. There are flat annular erythema with a diameter of 10cm, irregular edges, scales, hyperkeratosis, reddish brown, gray blue or light colors, so it is called "paint" in Spanish, and it is called pinta disease. Moss-like, eczema-like and psoriasis-like changes can also be seen on the skin of the same patient, with skin redness, blisters or scabs, scales falling off and so on. This rash can last for several years, and can be cured naturally without leaving scars, but destructive lesions can leave scars, and can further deteriorate and develop into three-stage lesions.

3. The third stage is pigment disorder, which mostly appears 2 ~ 5 years after infection, and mainly shows abnormal skin pigment changes. At the beginning, extensive skin lesions occurred, showing symmetrical distribution, with patches of different colors, which can be seen in hands, wrists, ankles, elbows, feet, faces and scalps. With the development of the disease, the diseased skin finally forms white porcelain plaque, accompanied by skin atrophy or hyperkeratosis. Hyperkeratosis is common in palms and plantars, and cracks may occur, resulting in difficulty in walking.

For black people living in Central and South America, if they find scaly papules or abnormal pigmented skin lesions on their hands and legs, they should suspect this disease. It can be confirmed by bacterial examination in laboratory.