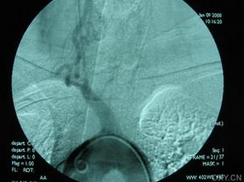 Early symptoms: Most patients have a slow onset and a long course of disease. The main manifestations are skull destruction, sequestered bone formation, cold abscess under the scalp of the affected skull, and sinus tract formed by rupture of the abscess.

It mostly occurs in the frontal parietal bones of adolescents, most of which are single or multiple. The onset is slow and the course of the disease is longer. It can be a long time after the onset or the disease further develops before it attracts the attention of the patient. However, there are also patients with acute onset. At this time, the body temperature can be as high as 38～39℃. Time stabilized, cold abscesses gradually appeared locally, and chronic sinus tracts with recurrent episodes or prolonged unhealed formed after ulceration. Skull tuberculosis is the same as tuberculosis infection in other parts of the body. The patient may have long-term low-grade fever, especially in the afternoon. The body temperature is between 37～38℃, the complexion is pale, the cheeks are flushed, the loss of appetite, weight loss, weight loss, fatigue, Night sweats, women have systemic symptoms such as amenorrhea. At first, local scalp may swell, followed by painless but fluctuating cold abscess. Puncture abscess can extract caseous necrotic pus. After the abscess is ruptured, a chronic sinus is formed that does not heal for a long time, often draining out gray cheese-like pus, sometimes mixed with small bone fragments, simple drug treatment is not effective, and the course of the disease often lasts for several months or years. After the skull is eroded and punctured, the inflammation can spread to the epidural membrane. Over time, the dura mater can also be invaded or even penetrated. Mycobacterium tuberculosis can invade the skull, leading to various intracranial complications and a series of symptoms and signs. , Such as common tuberculous meningitis, hydrocephalus, epilepsy, intracranial tuberculoma, etc. Skull tuberculosis rarely occurs alone, and is often accompanied by tuberculosis of the lungs, bone and joint tuberculosis and neck, underarm, groin and other places. It is manifested by the formation of long-term unhealed chronic sinus after lymphadenopathy or ulceration.

In adolescents or the elderly, if there is a tuberculosis infection in other parts of the body, or a history of close contact with a tuberculosis patient, it is found that the scalp has fluctuating cold abscess or there is outward discharge of cheese-like material and small pieces of dead bone that will not heal for a long time Chronic sinus, combined with the patient’s symptoms and signs, and other parts of the body with tuberculosis lesions such as skull, lungs and bones and joints, imaging examination found that there are skull destruction or defects such as tuberculosis lesions and supplemented by the increase in lymphocytes in the surrounding blood And laboratory tests such as accelerated erythrocyte sedimentation rate, etc., the diagnosis is not difficult. If a cheese-like smear staining microscope is performed to detect a positive result of Mycobacterium tuberculosis or animal inoculation, it will be more helpful to confirm the diagnosis.