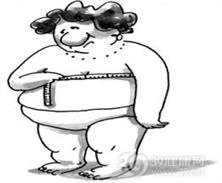 Early symptoms: disappearance of fat tissue on the face or upper limbs

Diagnosis of symptoms of progressive lipodystrophy

1. Most patients onset around the age of 5 to 10, women are more common, onset and progress are slower. At the beginning of the disease, the fat tissue of the face or upper limbs disappeared in most patients, and then it expanded downward and affected the buttocks and thighs, showing a roughly symmetrical distribution. The course of the disease lasts for 2 to 6 years and can stop by itself. The patient’s face is characterized by recessed cheeks and temples on both sides, loose skin, loss of normal elasticity, and loss of fat around the cheeks and orbits, giving the patient a special appearance. In some patients, there may be obvious subcutaneous tissue hyperplasia and hypertrophy in the buttocks and hips, but the hands and feet are often unaffected.

2. The patient can manifest as the coexistence of adipose tissue disappearance, special obesity and normal adipose tissue, combining the basic characteristics of the disease in different ways. According to different combinations, it can be expressed as the following types:

①The upper body is normal, and the lower body is obese;

②The upper body is thin and the lower body is obese;

4. The patient's muscles, bones, hair, breast and sweat glands are all normal, without muscle dysfunction, the physical strength of most patients is not affected, and the physical and mental development in the advanced stage of the disease is not affected. It has recently been reported that Hodgkin's disease and scleroderma can be complicated.

5. Newborns or infants and young children often have congenital systemic and multi-organ diseases, in addition to involving the head, face, neck, trunk and limbs, including the subcutaneous and visceral adipose tissues, it can also be accompanied by high Blood lipids, diabetes, hepatosplenomegaly, skin pigmentation, heart and muscle hypertrophy, etc.