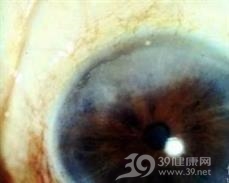 1. Rosary corneal neuropathy: It is an important keratopathy related to nerves in the early stage, with localized swelling of nerves and beading. There are piles of leprosy cells and a small amount of lymphocytes and plasma cells infiltrating in the diseased nerves, which can subside by themselves or persist for several years due to calcification.

2. Superficial punctate keratitis: It is the most common keratopathy in the first 10 years of leprosy. When the pupil area is involved, it affects vision. Conscious symptoms are mild. At the beginning, the lesions often appear near the limbus in the superior temporal quadrant, and there are small and scattered gray-white punctate turbidity in the subepithelial stroma.

3. Pannic corneal opacity: Within 20 years after leprosy, with the development of keratitis, blood vessels grow to the center of cornea, causing pannic corneal opacity. More leprosy bacteria enter cornea through blood, resulting in new invasive lesions, which can spread to adjacent conjunctiva in severe cases. Sometimes "pearl" leprosy is formed in the eyes of neovascularization.

4. Corneal leprosy or nodule: If it occurs, it occasionally occurs in the upper sclera near the lateral limbus. Nodules may occur frequently, even around the limbus, but the most common and largest nodules often occur in the lateral limbus. If nodules invade full-thickness cornea, sclerosing keratitis, corneal degeneration or various chronic keratopathy may occur.

Nodular lesions are rare in the early stage of onset. This kind of lesion mostly occurs in advanced patients (20 years or more).