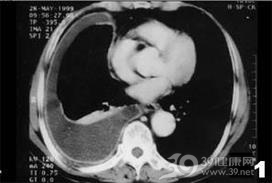 1. Clinical symptoms of fungal allergic asthma Fungal allergic asthma is a relatively common type of bronchial asthma. It is mainly caused by inhalation or ingestion of fungal allergens in patients with atopic diathesis, which causes airway hyperresponsiveness and qi Extensive reversible airway obstruction syndrome caused by allergic inflammation of the tract. Since the invasion of this fungus is non-infectious, the fungus stays in the airway for a short time and can be swallowed by macrophages in the airway, so the symptoms are often transient and reversible, but it can be triggered by this. A series of immune reactions such as airway allergic inflammation in late-onset asthma.

The onset of fungal asthma has a certain seasonality, but it is not as obvious as pollen allergic asthma. Patients usually get sick suddenly after being exposed to fungal allergens. The prodromal symptoms may include nasal itching, sneezing, clear nose, cough, chest tightness, etc. If not treated in time, asthma attacks may occur due to the aggravated bronchial blockage. During a mild attack of asthma, the patient is conscious and can lie on his back without cyanosis, and has mildly restricted activities. In a moderate attack, the patient can be short of breath with a little activity and cannot lie on his back. There is often assisted breathing, and the breathing rate increases. Mild cyanosis appears; in severe attacks, the patient is forced to sit back, shrug shoulders with both hands, cold sweat or profuse sweating on the forehead, and cyanosis. The frequency and duration of asthma attacks vary greatly. When accompanied by respiratory infections, coughing is often a prominent symptom, coughing up purulent or white sputum, and sometimes accompanied by elevated body temperature. Some patients may present with chronic paroxysmal cough without typical asthma attacks. It is currently called cough variant asthma.

Patients with asthma in remission or atypical asthma may have no obvious signs. At the time of the attack, the chest was full and inhaled. Percussion was over-voiced, and the heart's dullness narrowed. Wheezing can be heard when exhaling. If the asthma attack is severe, the difficulty of breathing will increase, but the wheezing will decrease. Severe asthma attacks lasting more than 24 hours are called persistent asthma. The patient has extreme dyspnea, irritability, profuse sweating, cyanosis, and may progress to a drop in blood pressure, confusion or coma, and respiratory failure. Chronic bronchitis, emphysema, etc. may be complicated by long-term recurrent attacks and infections. Severe attacks may be complicated by pneumothorax, mediastinal emphysema, and atelectasis. Pulmonary heart disease may be complicated in the late stage.

2. Other fungal allergic respiratory diseases. In addition to inducing allergic asthma, fungi can also induce other allergic diseases of bronchopulmonary fungal lung parenchyma, such as fungal-induced allergic pneumonia (also known as fungal allergic pneumonia). Exogenous allergic alveolitis), etc. This is a group of non-IgE-mediated fungal allergies in the lungs, and its pathogenesis, pathophysiology and clinical course are quite different from those of bronchial asthma. As an asthma prevention worker, you should also have an understanding of this disease in order to facilitate the differential diagnosis and treatment in clinical work.

These patients often get sick due to inhalation of various fungal spores in the life or occupational environment. Some non-fungal inorganic or organic dust, chemical or pharmaceutical particles can also cause disease after inhalation, but fungi are the main pathogens.

This type of disease can be divided into two clinically. One type is rapid onset, called acute allergic pneumonia. The symptoms are chills, fever, cough, sputum, wheezing, fatigue, headache, moist rales at the bottom of the lungs within 4 to 8 hours after inhaling a large amount of sensitizing fungi. Increased peripheral white blood cells. In severe cases, lung tissue may be infiltrated, and lung function may be insufficiently ventilated. The second type is the insidious type, also known as subacute or chronic allergic pneumonia. It is caused by long-term inhalation of certain fungal spores and no symptoms in a short period of time. Over time, coughing, shortness of breath, fatigue, weight loss, obvious asthma after exercise, lung Rales at the bottom, clubbing may be present, increased lung texture on chest X-ray, and extensive pulmonary fibrosis in the late stage. Lung function is insufficient restrictive ventilatory function, irreversible lesions appear in lung tissue, and the prognosis is not good.

2. Clinical examination The typical bronchial asthma is manifested as extensive bronchial lesions. At the time of the attack, the patient had expiratory dyspnea, and expiratory wheeze was heard in the lungs. Longer course of the disease may form a barrel breast, infants and young children may have chicken breast deformity. Early patients may have no signs in remission.

3. In vivo test of fungal antigen

(1) Skin test: This is the most widely used routine detection method in the specific diagnosis of fungal allergic asthma. Generally use 1:100 fungal antigen infusion, use a 1ml syringe with a No. 4 injection needle, gently inject 0.01-0.02ml into the outer skin of the patient's upper arm, and observe the skin reaction for 15-20 minutes. In addition to the immediate phase reaction in the skin test of fungal allergens, there are often delayed phase reactions, which should be paid attention to.

(2) Bronchial provocation test: The results are accurate and reliable. Since fungal allergen preparations can induce symptoms when inhalation provocation test is used, it should be carried out under close observation. Due to the frequent occurrence of late-phase reactions, asthma reactions can occur again within 6 to 24 hours after the test, and attention should be paid.

4. In Vitro Diagnosis of Fungal Allergy

(1) Radioallergen adsorption test (RAST): The fungal allergen is adsorbed on a solid support, and the patient's serum is added. If the patient's serum contains specific IgE antibodies to the fungus, the two-phase combination cannot be eluted. When the equine anti-human IgE serum labeled with isotope is added, the three are combined into a radioactive complex, and the specific amount of radiation can be measured on the gamma counter. The amount of radiation is proportional to the amount of patient-specific IgE. It can be used to determine whether the patient is allergic to the fungus and the degree of allergy.

(2) Enzyme-linked allergen adsorption test (ELISA): The principle is to first adsorb the fungal allergen on the holes of the polystyrene plastic plate, then add the serum of the patient to be tested, and then add the goat anti-human enzyme-labeled IgE antibody. Then add the enzyme substrate to stop the reaction. Using its color reaction, the OD value is measured on an enzyme-labeled colorimeter to determine the sensitivity and sensitivity of the patient to fungi.

(3) Basophil degranulation test: take the patient's venous blood, after anticoagulation treatment, centrifugal chromatography to extract basophils. Transfer the patient's basophils into two test tubes, and add fungal allergen and blank allergen solvents respectively. After incubating at 37°C for 30 min, stain with Alcian blue, and count the number of basophils in a hemocytometer. If the sample co-incubated with the fungal allergen counts more than 30% of the basophils than the sample co-incubated with the blank allergen solvent, it means that the specific antigen-antibody reaction results in more than 30% of the basophils Degranulation cannot be detected under a microscope, which is a positive reaction. The higher the percentage of degranulation, the more severe the degree of allergy.

(5) Agar diffusion test of fungal antigen antibody: This test can specifically diagnose patients with fungal allergic pneumonia, alveolitis or allergic bronchopulmonary aspergillosis. Generally, the agar double diffusion method is used to conduct a diffusion test between the patient's serum and different concentrations of fungal allergens to observe the appearance of precipitation lines. This method has obtained positive results for antigens such as Aspergillus fumigatus and Penicillium in China. It is a good objective basis for clarifying the pathogenic bacteria of the patient.

(6) Direct smear examination of the fungus in the patient’s sputum or bronchial secretions: pick a little thick and grayish-brown part from the fresh sputum coughed up from the deep part of the patient, and spread it out thinly on a glass slide. That is, with 1 drop of 0.05% Lactic Acid Cotton Blue, 5 minutes later, examine the fungal spores or mycelium stained with light blue under a microscope. If multiple tests are positive, it can be used as a reference basis for the diagnosis of fungal allergies.

For the diagnosis of fungal allergy, in addition to the above-mentioned in vivo and in vitro tests, it is also of great significance for on-site investigations of patients' living and working environments. During the investigation, attention should be paid to the temperature and humidity, lighting conditions, sanitary conditions of the patient’s living or working place, and whether there are obvious sources of fungal growth indoors, outdoors and nearby, and fungal exposure sampling and culture in an exposure dish should be carried out on-site for on-site estimation. The content and species of fungi in the environment.

5. Pulmonary function test In some asthma patients in clinical remission, there may be abnormalities in closed volume (CV)/vital capacity (VC)%, closed air volume (CC)/TLC%, mid-term flow velocity (MMEF) and Vma×50% . When an asthma attack occurs, all indicators related to expiratory flow rate are significantly reduced, such as forced expiratory volume in the first second (FEV1), FEVl/forced vital capacity (FVC)%, and MMEF are all reduced. Due to gas obstruction and excessive alveolar expansion, the residual capacity (RV), functional residual capacity (FRC) and the RV/TCL ratio increase. After inhaling 1% isoproterenol or 0.2% salbutamol aerosol, the above indicators can be improved. If FEV1 increases by more than 15%, it will help the diagnosis of bronchial asthma. Moderate or severe asthma, uneven distribution of inhaled air in the lungs, imbalanced ventilation/blood flow ratio, increased physiological dead space and physiological venous-arterial shunt, resulting in a decrease in Pa02, but

PaC02 is normal or slightly reduced. When severe asthma or asthma persists, Pa02 further decreases. Due to respiratory muscle fatigue, PaC02 may increase, and respiratory acidosis may occur, which indicates a serious condition.

6. Measurement of airway responsiveness. Inhalation of histamine, methacholine, sulfur dioxide, prostaglandin F2α, taking β blockers, exercise load, etc., can all induce asthma. It can be detected by measuring FEVl, maximum expiratory flow rate, airway resistance, etc. After inhaling the stimulant, check immediately and every 15 to 30 minutes. Generally, methacholine is used because of its fast response and short action time. It starts from 0.05mg/L and gradually increases until the FEV1 decreases by more than 20% after inhalation, or the airway conductivity decreases by more than 35%, which is called the drug Threshold. Asthma patients are 100 to 1000 times more sensitive to airway spasm caused by inhalation of methacholine than normal people. The slope of the stimulating drug dose-response curve is called responsiveness. Asthma patients have higher responsiveness, and smokers have higher responsiveness than non-smokers. The induced airway obstruction can disappear naturally within 15 to 30 minutes, but patients in the onset period can cause severe asthma and even suffocation. Therefore, it is necessary to strictly grasp the indications and prepare bronchodilators, anti-shock drugs and other rescue measures. In recent years, the airway response tester has been used to continuously record the airway resistance, and the cumulative amount of the drug when it rises twice or continues to rise for 2 minutes is used as the sensitivity index. The airway resistance when inhaling normal saline is called the initial resistance; the minimum cumulative amount of inhaled drugs when the airway resistance rises is called the response threshold; the rising value of the airway resistance per unit of methacholine cumulative amount is called the rising resistance Degree; each milliliter contains 1mg of the drug, inhaled 1min as 1 unit. Response threshold lower than 3 units is increased sensitivity, and the average value of asthma patients is 1.08 units; resistance rise greater than 0.5 cmH20/L per unit per second is increased responsiveness, so the sensitivity and responsiveness of asthma patients are increased. Airway responsiveness measurement is very valuable for the diagnosis of occult asthma, and the diagnosis can be made when the patient is breathing calmly.