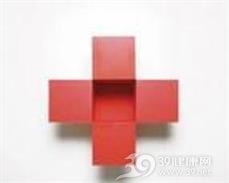 Typical symptoms: The surface of nodules is smooth, and small pustules the size of needles can be seen at the top of some nodules, or fish crusts are formed.

According to the damage, it occurs symmetrically in the red nodules on the face, and is pressed with a glass slide to show apple sauce color. The nodules subsided and left atrophic depression scar without any conscious symptoms, which can be diagnosed by combining with pathological changes

Vacuolar degeneration of spinous cells and increase of basal cytochrome can be seen in There are typical tuberculous structures in the middle and lower parts of dermis. There are epithelioid cells and giant cells around, and caseous necrosis in the center. Collagen fibers and elastic fibers degenerated or disappeared in the infiltration, and thrombosis and vascular occlusion were found in the blood vessels.

This disease is better than the face of adults, especially the eyelids, nose, mouth and cheeks. In a few cases, skin lesions can occur symmetrically in ears, neck, scapula and limbs. The lesions were round papules or nodules with a diameter of 2 ~ 3cm, which were reddish or reddish brown and translucent. When pressed in glass shape, it is apple sauce color. The surface of nodules is smooth, and small pustules the size of needles can be seen at the top of some nodules, or fish scraps and scabs can be formed.

Nodules appear in batches, the number is uncertain, up to dozens or hundreds, scattered independently, and two or three adjacent nodules can fuse with each other. Especially in the lower eyelid, several nodules often fuse into a embankment. Without any conscious symptoms.

The course of disease is chronic. After months or years, the nodules gradually subside, leaving atrophic scars the same size as the nodules.