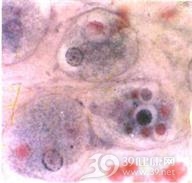 The incubation period of Entamoeba histolytica varies from 1 to 2 weeks to more than a few months. Although the patient has been infected with Entamoeba histolytica cysts, he only survives in symbiosis. When the host's resistance is weakened and the intestinal tract Infection, etc., symptoms begin to appear clinically. According to different clinical manifestations, it is divided into the following types:

Although the patients are infected with the amoeba histolytica, and the amoeba only exists as a symbiotic, about 90% of them do not develop symptoms and become carriers of cysts. Under appropriate conditions, it can invade tissues, cause lesions and symptoms. Therefore, from the point of view of controlling the source of infection and preventing disease, the carriers of cysts should be paid enough attention and must be treated.

The onset is relatively slow, there are no obvious systemic symptoms, but the abdomen is unknown, only loose stools, sometimes diarrhea, several times a day, but lacks the typical dysentery-like stool, and similar to general enteritis, stool examination can find trophozoites.

The onset is often slow, starting with abdominal pain and diarrhea, and the frequency of bowel movements gradually increases, up to 10 to 15 times a day. There are different degrees of abdominal pain and tenesmus during defecation. The latter means that the disease has spread to the rectum. Stool with blood and mucus, mostly dark red or purplish red, mushy, with a fishy smell, the disease may be bloody stool, or white mucus covered with a little bright red blood. The patient's systemic symptoms are generally mild, and the body temperature and white blood cell count may increase in the early stage, and trophozoites can be found in the stool.

Acute onset, poor nutritional status of the whole body, serious illness appearance, significant symptoms of poisoning, high fever, chills, delirium, abdominal pain, tenesmus, and obvious postoperative tenesmus, stools with pus and blood, with foul smell, watery or watery stools, daily up to More than 20 times, accompanied by vomiting, collapse, and varying degrees of dehydration and electrolyte disturbances. Blood tests have increased neutrophils. It is prone to intestinal bleeding or perforation. If it is not treated in time, it can die from toxemia within 1 to 2 weeks.

It is usually a continuation of acute infection. Diarrhea and constipation alternately occur. The course of the disease lasts for several months or even years without healing. During the intermittent period, you can be healthy as usual. Recurrence is often caused by improper diet, overeating, drinking, cold, fatigue, etc., diarrhea 3 to 5 times a day, stools are yellowish paste, trophozoites or cysts can be found. Patients are often accompanied by umbilical blows or dull pain in the lower abdomen, with varying degrees of anemia, weight loss, and malnutrition.

what are the causes of endoamoebiasis histolytica