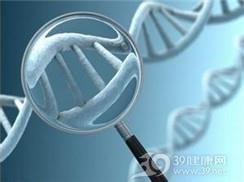 Typical symptoms: short stature, low muscle tension, low physical strength and fragile cervical spine; Low intelligence, physical retardation and special face. Children's eye distance is wide, nose bridge is low and flat, eye fissure is small, the outer side of the eye is inclined, there is inner skin, the outer ear is small, the hard palate is narrow, the tongue often extends out of the mouth, and there is much salivation, so it is called tongue-like dementia.

Chromosome abnormality has the following diseases:

It is the most common chromosomal disease in children. Trisomy 21 syndrome contains a series of genetic diseases, among which the most representative trisomy of chromosome 21 can lead to high deformities including learning disabilities, mental retardation and disability. Its clinical features are as follows:

Short stature, low muscle tension, low physical strength and fragile cervical spine. The length of the head is shorter than that of ordinary people, the facial undulation is smaller, and the eyelid fissure can be slightly inclined upward and outward, forming a Mongolian-like face. The nose, the part between the eyes is low, the corners of the eyes are picked up, and the deep double eyelids. Hair is soft and thin. The upper part of the ear bends inward, which looks round and low in position. The tongue is bigger. Thick neck. The hand is wider, the fingers are shorter, the distance between the thumb and index finger is far away, and the little finger lacks a joint and bends inward. There is only one horizontal grain on the palm, the fingerprint is arch-shaped, and the two horizontal folds of the palm merge into one "ape line", which is also called "Tongguan hand". The distance between the first toe and the second toe is also relatively large. Limbs are short, and joints can bend excessively due to loose ligaments. Bone age often lags behind age, tooth emergence is delayed and often dislocated. Not all of the following characteristics appear in patients, and there are also cases where physical characteristics are not obvious according to individual differences.

The main features are low intelligence, physical retardation and special face. Children's eye distance is wide, nose bridge is low and flat, eye fissure is small, the outer side of the eye is inclined, there is inner skin, the outer ear is small, the hard palate is narrow, the tongue often extends out of the mouth, and there is much salivation, so it is called tongue-like dementia. Children have obvious special faces at birth, and often show addictions and feeding difficulties. With the increase of age, the performance of mental retardation is gradually obvious, and the motor development and sexual development are delayed. About 30% of children are accompanied by congenital heart disease and other malformations. Because of low immune function, it is easy to suffer from various infections, and the incidence of leukemia is also increased by 10 ~ 30 times. Gastrointestinal tract abnormalities such as duodenal stenosis, atlantoaxial joint instability, strenuous exercise can lead to spinal cord compression. Alzheimer's disease is almost common in patients over 40 years old, with inattention, few words, poor visual and spatial orientation, decreased memory and judgment, epilepsy and so on. If you survive to adulthood, you often have symptoms of Alzheimer's disease after the age of 30.

The clinical manifestations of Trisomy 13 syndrome are as follows: (1) In terms of appearance and body shape, the child's head is small, the forehead is retracted, the temporal part is narrow, the anterior fontanelle and bone suture are wide, and the scalp at the top of the skull has ulcer. The eyelid fissure is horizontal, with different degrees of small eyes to no eyes, wide eye distance, cataract, iris defect and abnormal retinal development. Cyclops, large flat triangular mouth, thin mouth and small mandible can be seen. 2/3 cases see upper cleft lip, often bilateral, accompanied by cleft palate. The ear position is low, the helix is flat and the boundary is unclear, and there is deafness. There may be one or more hemangiomas on the face, forehead or neck. Loose skin on neck. Finger flexion overlaps with or without, usually six fingers (toes), and nails protrude excessively. The feet are rocking chair-like feet with prominent heels.

3.18 Trisomy syndrome refers to one extra chromosome after chromosome examination.

It is believed to be chromosome 17, and many scholars have reported similar observations one after another, confirming that these clinical syndromes are related to chromosome 18 abnormality. The incidence of live infants is 1/4000, which is more common in women. The average childbearing age of mothers is 34 years old.

Criduchat syndrome, also known as cri-du-chat syndrome, cries like cats, which is far more common than Down's syndrome and is caused by the deletion of short arm of chromosome 5.

(1) The symptoms are as follows: a few weeks to several months after birth, the child has kitten-like crying, low intelligence development, low muscular tension in childhood, and turns into high muscular tension in adulthood; The distance between eyes is too wide, short head deformity, full moon face, downward inclination of outer canthus, anti-Down's eyelid fissure distortion, small jaw, hypotonia and strabismus, etc. Most of these characteristics are obvious in childhood, and may disappear with age.

(2) When making a noise, the crying is low, the weight is light, the head is small, the face is small, the larynx is small, the epicanthus is small, the most prominent is that the newborn cries like a cat, and its mental retardation, strabismus, wide eye distance, congenital heart disease, high palatal arch, abnormal palmprint, too long fingers and toes, etc.

5. Fragile X syndrome is caused by mutation in the formation of X chromosome in human body.

This syndrome is the most common cause of hereditary mental retardation. Because women have two X chromosomes, the involvement rate is 50%, and the degree is mild. It is estimated that more than 10% of male children with hereditary mental retardation have abnormally fragile X chromosome, and sometimes women are also involved, but the condition is mild.

(1) The children showed typical triad: mental retardation, special appearance (such as long face, big ears, wide forehead, large and wide nose and high palatal arch) and large testis. The height of children is normal, and the big testis generally appears in 8 ~ 9 years old. 85% of children may have mental retardation, mostly of moderate degree, often showing abnormal behavior, mostly appearing before puberty, common self-injury behavior, hyperactivity and impulsive behavior, as well as rigid and strange movements. Patients with ADHD, polyphagia and autism may have unique clapping movements. 9% ~ 45% of children may have epileptic seizures.

6. Circular chromosome refers to the period from the final metaphase of the first meiosis to the metaphase,

A bivalent chromosome with centromere near the midpoint and crossing at both ends. It is characterized by mental retardation and various physical deformities.

Its chromosome phenotype is XXY, which is only found in men.

(1) Clinical manifestations: The patient is tall, showing the appearance similar to that of a person without testis, with wide shoulders, sparse hair and body hair, high tone, feminized breasts and small testis, decreased muscle tension, and usually accompanied by mental retardation, but to a lesser extent. This disease is complicated with psychosis, asthma and endocrine dysfunction, such as diabetes.

The chromosome is XO (45X) type, which is only found in women.

There are many causes, some of which are caused by triploid chimerism of chromosome 8, which are often misdiagnosed as various types of ventricular dilatation with abnormal brain development. Patients are characterized by mental retardation, spasm and epilepsy, and visual abnormalities caused by optic nerve hypoplasia. The occipital angle of lateral ventricle expanded significantly, the edge of cortical gray matter overlapped and thickened, and the white matter became thinner.

Williams syndrome is a slight deletion in the elastin gene region encoded on chromosome 7, and the neonatal incidence rate is 1/20,000, which was first described by Williams.

(1) Clinical manifestations: The patient's mental retardation is mild, his musical ability is precocious, he has extraordinary musical ability, and he has amazing memory for music scores. He can remember all the symphonies after listening to them once; Some patients can write long descriptive words with correct wording and content, but they can't describe simple things. Children are stunted and have unique appearance, such as wide mouth, almond eyes, upturned nostrils and small and sharp ears, which is called "goblin-like" appearance; Mild personality, sensitive to auditory stimulation, late acquisition of speech conversation ability, and visual space and motor ability defects. There may be cardiovascular malformations such as aortic stenosis.

The prevalence rate of both sexes is equal, which is caused by the deletion of q11-q13 on chromosome 15.

Rett syndrome, described first by Rett (1966), has an unknown etiology and is X-chromosome dominant. Some people speculate that metabolic mechanism is involved in pathogenesis. HairThe disease rate is 1/15, 000 ~ 1/10, 000, only seen in women, can survive for many years, men are homozygous, often can not survive. If it is a female, it develops normally at birth and early postnatal period, and loses voluntary hand movement at 6 ~ 15 months, and then loses communication ability, physical growth retardation, skull enlargement and so on.

(1) The typical symptoms are hand creep, pill-rubbing rigid movement, ataxia and lower limb rigidity gradually, and finally loss of walking and language ability. There may be paroxysmal hyperventilation and breath holding, normal breathing rhythm at night and epileptic seizures.

Note that this disease can be misdiagnosed as Kanner loneliness syndrome. The difference between them is that Rett syndrome is characterized by loss of motor ability, no inattention and disappearance of joint eye movement in the early stage. Mainly according to the characteristic symptoms, signs and chromosome examination of children. Chromosome abnormality can be confirmed.