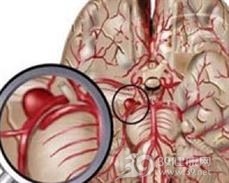 Symptoms of cerebral hemorrhage in the elderly

Early symptoms: The clinical symptoms and signs vary according to the location of bleeding and the amount of bleeding. Headaches are very severe, vomiting is common, blood pressure rises significantly after bleeding, and hemiplegia caused by hemorrhage in the basal nucleus, thalamus and internal capsule is a common early symptom.

Diagnosis of symptoms of cerebral hemorrhage in the elderly

The disease mostly occurs in middle-aged and elderly people, and it can also occur in young people suffering from hypertension. Most of the disease occurs under dynamic conditions, such as agitation, fatigue, excessive exertion, etc.; a small number of people have disease under static conditions or during sleep, and this condition accounts for the majority of the elderly. There is generally no premonition before the occurrence of cerebral hemorrhage, but a very small number of patients have short-term symptoms such as dizziness, headache, limb dysfunction or sensory disturbance a few hours or days before the bleeding.

After hypertensive intracerebral hemorrhage occurs, the condition of most patients reaches a peak within a few minutes, and the clinical manifestations depend on the amount and location of the bleeding. The typical manifestations of patients with moderate or higher bleeding are sudden dizziness, headache, and then vomiting of coffee-like substances, followed by disturbance of consciousness or even light coma, accompanied by flushing or paleness, profuse sweating, increased blood pressure, slow and strong pulse, large and small Fecal incontinence, reduced pupils, delayed photoreaction, straightening of the brain, irregular breathing, etc.; during stimulation, there may be unconscious reactive movements of the limbs, but no movement of the affected limbs. A small number of patients have generalized convulsions and then enter a coma. Increased body temperature, rapid and weak pulse, decreased blood pressure, dilated pupils, disappearance of light response, and relaxation of the limbs, etc., and unresponsive movements when bilateral limbs are painful and irritating may be life-threatening at this time. A small amount of bleeding may manifest as simple symptoms or signs, or even asymptomatics and signs.

1. Bleeding in the basal ganglia

(1) Hemiplegia of the contralateral limb: The muscle tone of the limb is hypotensive, the tendon reflex is decreased or disappeared, and even pathological reflex cannot be induced. A few days or weeks later, the paralyzed limbs turn into increased tension or spasm, upper limbs are flexed and adducted, lower limbs are straightened, and tendons are hyperreflexive, which can lead to pathological reflexes.

(4) Gaze palsy: Most patients have their eyes continuously looking towards the bleeding side, but when passively turning their head to the same side, the eyes can move to the opposite side. This is because the lateral vision center of the cerebral hemisphere is damaged, so that the eyes cannot move to the opposite side. This phenomenon disappeared after 3 to 4 weeks of onset.

The above 4 types are the most common symptoms of cerebral hemorrhage, which can also be called "four biased" symptoms. In addition, patients may also suffer from aphasia, apraxia, body image disorder, memory disorder, and calculation disorder. The severity of symptoms depends on the amount of bleeding and whether it damages the hypothalamus and brainstem. When the amount of bleeding is large, he quickly enters into a coma, and even dies, and no limb paralysis and sensory disturbances can be detected. The bleeding in the basal ganglia can be divided into medial and lateral bleeding. Medial hemorrhage is characterized by early and severe disturbance of consciousness, and often patients have disturbance of consciousness at the beginning of the onset, but hemiplegia is not serious. When the lesion develops downward and involves the hypothalamus, the body temperature regulation center is impaired and high fever occurs; the glucose metabolism center is disordered, which causes the blood sugar to rise and urine sugar; the autonomous center is involved and the stomach is out

Blood, arrhythmia, profuse sweating; asymmetry of eyeball position in the midbrain. Lateral hemorrhage is characterized by not serious disturbance of consciousness, and the symptoms of "four deviations" are obvious. However, if the amount of bleeding is large or the bleeding continues, the condition can aggravate the performance similar to inner hemorrhage.

(1) Thralamus sensory disturbance: hypoesthesia in the contralateral half of the body, hyperesthesia or spontaneous pain, it is Dejevine-Roussy syndrome.

(3) Thalamic dementia: Thalamus hemorrhage on one or both sides can cause memory loss, calculation loss, affective disorder, personality disorder, etc.

If the amount of bleeding is large, in addition to the above symptoms, the surrounding brain tissue may also be compressed by the hematoma, resulting in clinical manifestations similar to putamen hemorrhage. Those with low thalamic hemorrhage have no other manifestations except sensory disturbances, and some have no symptoms or signs. The patients with hemorrhage are medial cerebral hemorrhage, the condition is severe, and the prognosis is not good.

The rupture of cerebral cortical arteries can lead to lobar hemorrhage, or subcortical hemorrhage. Before the 1980s, the incidence of cerebral hemorrhage was not serious due to less serious illness, fewer deaths, and not many diagnoses, but the statistically low incidence rate was 5%. Since the 1990s, due to the wide application of brain CT and MRI, the diagnosis of cerebral lobe hemorrhage has been more, and the incidence of cerebral hemorrhage has accounted for 15% to 20%. Cerebral lobe hemorrhage is still dominated by hypertension, accounting for about 60%, and others are cerebrovascular amyloidosis, cerebrovascular malformations, blood diseases, after anticoagulation therapy, and skull base vascular network disease. In addition to the common manifestations, the performance of cerebral lobe hemorrhage is usually not much bleeding and the condition is not serious, but the chance of focal or generalized epilepsy is high, and it is often manifested as a simple symptom or sign. The symptoms and signs that appear in the lobe of the brain depend on the location of the bleeding. Frontal hemorrhage can cause contralateral hemiplegia, motor aphasia and (or) mental disorders. Patients with parietal hemorrhage have mild hemiplegia, and hemisensory disturbance is significant, which may be accompanied by contralateral lower quadrant blindness, and those with dominant hemisphere may have sensory aphasia or mixed aphasia. Patients with temporal lobe hemorrhage manifested as paralysis of the tongue and upper limbs on the contralateral side and blindness in the contralateral upper quadrant, and mixed aphasia in the dominant hemisphere. Occipital hemorrhage only manifests as contralateral hemianopia and macular avoidance.

(2) Pontine hemorrhage: typical brainstem hemorrhage, its clinical manifestations are sudden headache, vomiting, dizziness, diplopia, nystagmus, different axis of the eye, cross sensory disturbance, cross paralysis, hemiplegia or quadriplegia, etc.; Then it quickly enters consciousness disturbance, needle-like pupils, high fever, profuse sweating, decerebral rigidity, dyspnea, etc.; it may be accompanied by gastric hemorrhage, acute pulmonary edema, acute myocardial ischemia and even myocardial infarction. In severe cases, the patient directly enters a coma, pinpoint pupils, decerebral rigidity, dyspnea, and acute damage to multiple organs. Part of pontine hemorrhage can be manifested as some typical syndromes such as Foville, Millard-Gubler and atresia syndrome. Before the 1970s, it was believed that almost 100% of patients died from primary pontine hemorrhage. However, due to the application of modern imaging, people have found that many pontine hemorrhages are small. These patients sometimes manifested as single symptoms such as dizziness, diplopia, one and a half syndrome, numbness of the face or limbs, hemiparesis of one or both limbs, etc. The prognosis is good, some only have mild hemiplegia or ataxia, and some even completely return to normal state.

(3) Medullary hemorrhage: manifested as sudden stroke and coma, and death soon. Some mild patients may have paralysis of both lower limbs, hiccups, facial sensory disturbances or Wallenlberg syndrome.

It accounts for 10% of cerebral hemorrhage. host

(1) Fulminant type: about 20% of cerebellar hemorrhage. This type of patient has a large amount of hemorrhage on one side of the cerebellar hemisphere or vermis. Generally, the amount of hemorrhage is more than 15ml. The hematoma quickly presses on the ventral side of the brainstem and causes high intracranial pressure, which finally leads to a hernia of the foramen magnum. The patient presents with sudden headache, vomiting, and rapid coma, and often dies of brain herniation within 1 to 2 days after the onset. As the symptoms and signs of damage to the cerebellum and brainstem cannot be found, it is difficult to diagnose in the emergency department because the symptoms and signs of cerebellum and brainstem damage cannot be found.

(2) General type: about 70% of cerebellar hemorrhage. The amount of cerebellar hemorrhage is moderate, the amount of hemorrhage is 5 ~ 15ml, the disease progresses slowly, and many patients can survive. The performance of damage to the cerebellum and brain stem can be detected. The patient developed a sudden onset of headache, vomiting, dizziness, nystagmus, nausea, and ataxia of the affected limb, and his consciousness remained clear. If the condition worsens, there will be peripheral facial paralysis on the affected side, abductor nerve palsy, the same deviation of the eyeball to the opposite side, and loss of corneal reflex. Later, some patients will gradually experience disturbance of consciousness, miosis, and changes in vital signs.

(3) Benign type: accounts for 10% of cerebellar hemorrhage. This type of patient has a small amount of cerebellar hemorrhage and the amount of hemorrhage is less than 5ml; or the elderly have a moderate amount of hemorrhage, but because the elderly have different degrees of atrophy of the brain, the hematoma space-occupying damage is not serious, the symptoms are not obvious, and the prognosis is good. Most patients present with sudden dizziness, nausea and vomiting, with or without nystagmus, but they are generally not accompanied by other signs. Therefore, before the brain CT examination, it is easy to be missed or misdiagnosed.

The clinical manifestations are closely related to the location of intraventricular hemorrhage, the amount of blood invaded into the ventricle, and the extent of ventricle involvement. Secondary IVH is also associated with clinical changes of the primary lesion. Patients with mild IVH may be asymptomatic or have a slight headache and vomiting. In severe IVH, blood enters the ventricles and causes cerebrospinal fluid circulation disorders, and abnormally increased intracranial hypertension often occurs, causing the brain Compression and distortion of the stem, and ventricular hemorrhage secondary to thalamic hemorrhage can often cause direct damage to the upper brainstem, so the performance is more dangerous and the case fatality rate is high. The common clinical manifestations are:

⑥ Obvious changes in vital signs, such as deep breathing, slowing down and irregular afterwards, slow and powerful pulse to rapid, weak, irregular, unstable blood pressure, and dangerous illness in high fever. The clinical manifestations and prognosis are different according to the extent of bleeding and whether there are blood clots. The Pia study found that when blood clots exist in both lateral ventricles or one lateral ventricle and the third ventricle, they show coma and severe brainstem function impairment, and the prognosis is poor; while the blood clot only affects one lateral ventricle or intraventricular hemorrhage When it is liquid but not blood clot, the patient's consciousness disorder is lighter and can often survive.

The main points of clinical diagnosis of cerebral hemorrhage in the elderly are the majority of pre-senile onset, a history of hypertension, often onset of mental agitation or physical labor, rapid progress of the disease, increased cerebrospinal fluid pressure, and mostly bloody. CT and MRI can confirm the diagnosis.

introduction to Cerebral Hemorrhage in the Elderly-Symptoms-Treatment-Nursing-Diet