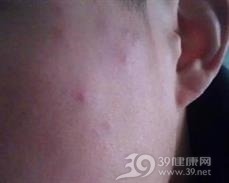 Symptoms of blastomycosis in Lobo

The disease may have skin trauma at the beginning, pathogenic bacteria enter the skin along the wound, and nodules are produced at the invasion, which are higher than the skin surface, brown or purplish red, with smooth and elastic surface and no flush around, and the damage is often concentrated in one place. With further reproduction, through self-spread or self-inoculation, the damage gradually increases, and the conscious symptoms are mild, slightly itchy and painless, similar to benign tumors or keloids. In a few cases, due to trauma, there may be ulceration and exudate, and the surface is scabbed. Most of them occur in the lower legs, trunk and waist, and other parts such as helix, arm, face and neck and buttocks are also reported. Occasionally, it can spread through lymph nodes, resulting in enlargement of nearby lymph nodes, but no involvement of mucous membranes, viscera and bones.

Diagnosis was made according to clinical manifestations, pathological examination and direct microscopic examination.