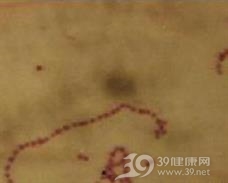 1. A few days to several weeks after the operation of red induration, a small red and swollen induration appeared near the wound, and then a gray-red inflammatory infiltration area was formed, with a purple central part.

2. Severe pain and tenderness in purple gangrene and purple area are the local characteristic manifestations of this disease. The induration gradually necrosis forms ulcer, around which there is a latent skin edge, and the tissues around the ulcer are purplish red gangrene and serous secretion.

3. Bacteriological examination, especially the culture of anaerobic bacteria, can guide the diagnosis.