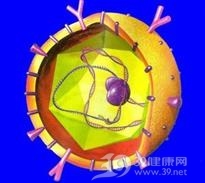 Diagnosis and treatment knowledge of pregnancy complicated with viral hepatitis

Department of Obstetrics and Gynecology: The cost of gynecological treatment: the charging standards of different hospitals are inconsistent, and the cure rate of the top three hospitals in the city is about (2000-10000 yuan): treatment cycle: treatment methods: traditional Chinese medicine and western medicine treatmentGeneral treatment of pregnancy complicated with viral hepatitis

In principle, it is the same as non-pregnant viral hepatitis. However, we should guard against the deterioration of liver function in the third trimester of pregnancy and turn into severe hepatitis.

(a) the general treatment of acute hepatitis should be bed rest

Diet should be light. For patients with cholestasis or hepatic coma, the intake of fat and protein should be limited, and intravenous infusion should be made when necessary to ensure the supplement of liquid and hot calories; Pay attention to correct the disorder of water and electrolyte and maintain the balance between acid and base; Drugs that are harmful to liver function, such as chlorpromazine and barbiturates, are prohibited.

(Two) liver protection treatment to give a large amount of vitamins and glucose,

Such as vitamins B1, B6, B12, C, K, etc. Vitamin C can promote hepatocyte proliferation and improve liver function, and 600mg is supplemented every day. Vitamin K can promote the synthesis of prothrombin, fibrinogen and some coagulation factors. For severe patients, vitamin K 110mg is injected intramuscularly every day. Adenosine triphosphate (ATP), coenzyme A and cytochrome C can promote hepatocyte metabolism. Blood products, such as fresh blood, plasma and human albumin, can correct low protein in blood, improve coagulation function and protect liver. For patients with chronic hepatitis, drugs with degreasing effect, such as choline, inositol, Ganning, Ganle and compound phosphatase, can also be selected. Recently, it has been reported that interferon and interferon inducer can inhibit the replication of hepatitis virus in vivo and play a certain role in reducing or eliminating virus antigen in vivo. The dose is 1 ~ 2mg each time, injected intramuscularly twice a week, and 2 ~ 3 months is a course of treatment.

First of all, the diet should be properly controlled, the daily protein intake should be limited to less than 0.5 g/kg, and a large amount of glucose should be given, 200 ~ 300g per day, and a variety of vitamins should be given at the same time. In order to reduce hepatocyte necrosis and promote hepatocyte regeneration, some people advocate the combination therapy of glucagon and insulin, in which glucagon 1 ~ 2mg plus insulin 4 ~ 8U is dissolved in 5% glucose 250ml, and intravenous drip is given once a day. It is very important to prevent and treat hepatic coma in time. When prodromal symptoms or hepatic coma occur, sodium glutamate or its potassium salt 23 ~ 46g, arginine 25 ~ 50g, or γ-aminobutyric acid 2 ~ 6g are given intravenously every day to reduce blood ammonia and improve the function of brain and brain stem. Levodopa, the precursor of dopamine, can enter the brain tissue through the blood-brain barrier and evolve into dopamine, which can supply normal neurotransmitter, improve the function of nerve cells and promote the recovery of consciousness disorder. Generally, levodopa 0.1 g was given intravenously at the beginning, and then increased by 0.05 g every 12 hours, until the consciousness improved obviously, and then gradually decreased. Cerebral edema is easy to occur when hepatic coma lasts for a long time or water and sodium retention occurs due to kidney function damage. 250ml of 25% sorbitol or 200ml of 20% mannitol can be dripped intravenously every 6 ~ 8 hours, and corticosteroids such as dexamethasone should be applied as appropriate. Severe hepatitis is easy to be complicated with diffuse intravascular coagulation and acute renal failure, and its prevention and treatment measures.

There are different opinions on whether acute viral hepatitis during pregnancy needs to terminate pregnancy. Some authors emphasize that the operation to terminate pregnancy can increase the burden on the liver and worsen the disease due to trauma and bleeding, so they advocate conservative observation. We agree with some authors that there are adverse effects between pregnancy and viral hepatitis. Before 12 weeks of pregnancy, it is advisable to perform induced abortion while actively treating hepatitis. For patients with middle and late pregnancy, surgical induction of labor is harmful, so it is generally inappropriate to terminate pregnancy. However, for individual severe patients, termination of pregnancy should also be considered when various conservative treatments are ineffective and the condition continues to develop.

(5) Key points of treatment during childbirth and puerperium

It is to prevent and treat bleeding and infection. Some people advocate that vitamin K120mg should be injected intramuscularly every day near the expected date of delivery for one week, and 20mg should be injected intravenously after labor. Fresh blood should be matched during delivery, and preparations for rescuing shock and neonatal asphyxia should be made. And try to strive for vaginal delivery, midwifery when necessary, shorten the second stage of labor. Umbilical cord blood of newborns was left during delivery for liver function and antigen determination. Postpartum to prevent severe bleeding of placental stripping surface, timely use of uterine contractions, rehydration and blood transfusion. It is recommended to use oxytocin for 10 ~ 20U intravenous drip, and for some cases, it should be used for 80U for 12 ~ 24 hours. If there are obstetric indications that require cesarean section, it should be carried out under the preparation of blood transfusion; If the patient is in labor during heparin treatment and must have cesarean section, it is best to stop using heparin for 4 hours, so as to avoid uncontrollable wound bleeding and adverse consequences. Postpartum infection is an important factor to promote the deterioration of the disease. Broad-spectrum antibiotics, such as ampicillin, o-chloropicillin, cephalomycin and succinyl chloramphenicol, which have little effect on the liver, should be given intravenously in large doses.【小于】 /p >(six) the treatment of newborns after the birth of the baby

, should be immediately isolated nursing for 4 weeks. Because most of the maternal breast milk contains hepatitis virus, it is not suitable for breastfeeding. Postpartum milk, should not take estrogen, so as not to damage liver function. At present, some newborns with HbsAg positive mothers are injected with immunoglobulin against hepatitis B surface antigen intramuscularly, which has certain effect on preventing hepatitis B virus infection.

examination and diagnosis of pregnancy complicated with viral hepatitis