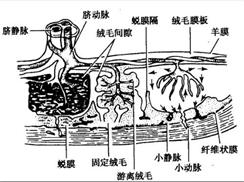 Knowledge of diagnosis and treatment of disseminated intravascular coagulation in obstetrics

Heparin is a common and effective anticoagulant, which can block the coagulation process and prevent the consumption of platelet coagulation factors, but it is ineffective for microthrombosis.

When the etiology of DIC can not be controlled quickly, heparin should be used immediately, the sooner the better. When the blood is in hypercoagulable state and has the following symptoms combined with laboratory examination, heparin has the best effect within 10min and 1h when the symptoms appear.

① Platelets decreased below 150 × 109/L, and bleeding spots or ecchymosis appeared on skin.

② The blood is hypercoagulable, the blood taken from vein is sticky, and the blood pressure drops.

③ Intractable shock, shock and blood loss are out of proportion.

⑤ Persistent bleeding caused by coagulation factor consumption is not limited, and no clots are found in bleeding.

① There is obvious bleeding tendency or potential hemorrhagic disease.

③ In a short time after the operation, there may be huge bleeding wounds that have not been completely stopped bleeding.

The diffuse intravascular coagulation (DIC) has been transferred to the stage of hyperfibrinolysis.

(3) Application of heparin in obstetric complications:

Combined with obstetric DIC, it mostly occurs in the process of delivery, and there is a huge placental stripping surface after delivery. Whether heparin is suitable or not. According to the summary reports of domestic and foreign literatures, we have the following opinions on several obstetric complications that induce DIC.

The main symptoms are dominant and recessive hemorrhage, which mostly occurs in hypertensive parturients. In severe cases, the percentage of fetal death in utero is 0.12% abroad and 0.17% ~ 0.23% in Beijing Maternity Hospital. Thrombocytopenia, hypofibrinogen. It is agreed at home and abroad that after massive blood transfusion and fresh frozen plasma transfusion, coagulation factors can be increased, fibrinogen can be improved, delivery can be ended as soon as possible, and coagulation factors can naturally return to normal after late birth of fetus and placenta, so heparin is not needed to avoid aggravating bleeding. It is reported abroad that infusion of 10U fresh frozen plasma can increase fibrinogen by 1g/L.. However, it has also been reported that giving a small dose of heparin 25mg before delivery did not increase postpartum hemorrhage.

In 1959, Pritchard reported that almost 25% of the fetus died and stayed in uterus for more than 4 weeks, and hypofibrinogen occurred. Therefore, before the focus of stillbirth is cleared, heparin should be infused, and fibrinogen should be restored to normal before induction of labor to clear the fetal matter.

Hemorrhagic shock is more common in obstetrics. Once DIC occurs, a vicious circle will be formed, especially acidosis inhibits the function of heart and brain and the activity of heparin. The treatment should actively correct acid to supplement blood volume, infuse fresh frozen plasma, and block the vicious circle. A large amount of heparin should be added when acidosis occurs.

Although uncommon, the case fatality rate can be as high as 80%. The main symptoms are sudden dyspnea, chills and shock. Bleeding is out of proportion to the degree of shock. At home and abroad, it is agreed that heparin should be applied as soon as possible, and the best effect should be obtained within 10 minutes after the onset of symptoms. Typical symptoms may not wait for laboratory results. If the bleeding can't be controlled after heparin is applied, the uterus should be removed to block the source of thromboplastin to rescue the patient. Beijing Maternity Hospital once performed hysterectomy on the spot in the delivery room for a parturient with blood pressure of 0, which saved the patient. According to literature statistics, timely application of heparin in amniotic fluid embolization DIC increased the survival rate.

(4) Dosage and usage of heparin:

The single dose can be calculated as 0.5 ~ 1mg per kilogram of body weight [125U per (mg)]. Intravenous drip can take effect immediately, but the effective time is short, and it needs to be continuously intravenous drip or administered once every 4 ~ 6 hours to maintain effective anti-Coagulation level. The dosage for 24 hours can be about 200mg. For the first time, heparin 50mg is added into glucose solution 100ml. After rapid intravenous drip, 100 ~ 200mg is added into glucose solution or isotonic saline 1000ml is slowly dripped for 24 hours or intermittent intravenous drip. Obstetrical DIC mostly occurs during delivery. After the delivery of fetus, placenta and missed fetus, exogenous procoagulant substances are cleared and coagulation phenomenon can be relieved naturally. Therefore, heparin is often dripped intermittently, and half a dose of 25mg can be dripped for the first time before no laboratory results. Heparin is usually excreted in 4 ~ 6 hours, but its half-life can be prolonged in patients with renal damage. During the use process, the coagulation time should be maintained within 15 ~ 30min. If the coagulation time is prolonged, it should be decided to extend the interval time or reduce the amount of disuse according to the prolonged time. Otherwise, it can be gradually stopped until the condition improves, bleeding stops and blood pressure is stable.

The main adverse reaction of heparin is bleeding. In 1996, Dr. Turpie of Canada reported at the Second Great Wall International Symposium on Interventional Cardiology that the adverse reaction of heparin bleeding is that heparin binds to platelets and inhibits their function. In addition, heparin binds to a large number of plasma proteins, which reduces the binding with antithrombin ⅲ. This nonspecific binding with plasma proteins is the main reason why heparin has no good dose-effect relationship and patients are resistant to heparin. Heparin also binds to endothelial cells and macrophages, which is a dose-dependent mechanism of heparin clearance, so heparin has obvious limitations. However, the low molecular weight heparin developed by trial is less bound to plasma protein, endothelial cells and platelets, and its clearance mechanism is not dose-dependent, so it has a better dose-effect relationship than heparin, so its bleeding adverse reactions are few. It is expected that low molecular weight heparin will be widely used as soon as possible.

At present, low molecular weight heparin has not been popularized, Heparin has no direct anticoagulant effect, It needs to combine with antithrombin ⅲ (AT ⅲ) to play an anticoagulant role, If the original AT ⅲ level in patients is low or obviously consumed in the course of DIC, it will affect the effect of heparin. Therefore, the infusion of fresh frozen plasma should be supplemented, which contains a large amount of AT ⅲ and can cooperate with heparin. If excessive heparin is found, protamine sulfate (protamine) can be used to fight against it, and 1mg protamine sulfate (protamine) can be used to fight against 1mg heparin by intravenous injection.

The simplest way to judge the curative effect is to dynamically detect platelet count or dynamically monitor AT ⅲ level.

2. Antithrombin ⅲ (AT ⅲ) treatment of DIC patients due to AT ⅲ consumption

At a low level, AT ⅲ therapy alone can replace heparin treatment at 1600 ~ 3000U/d for 2 days. Combined treatment with heparin and AT ⅲ has adverse reactions of bleeding.

As mentioned earlier, dextran can reduce the adhesion and aggregation of red blood cells and platelets because of its negative charge. General dosage should not exceed 1000ml. Dipyridamole (dipyridamole) can relieve platelet aggregation and inhibit the activity of platelet diesterase. The common dose is 200 ~ 400mg/d, but it is advisable to use a large dose of 600mg for anti-DIC platelet aggregation. Others think that this drug may have the effect of enhancing eprostol (endogenous prostacyclin). Combined with aspirin, the dosage can be halved. At present, aspirin is advocated to use a small dose of 60 ~ 80mg/d, which mainly blocks the production of thromboxane but has no effect on PGl2 synthase, while a large dose of both should be inhibited, because the sensitivity of thromboxane cyclooxygenase to aspirin is higher than that of prostacyclin cyclooxygenase.

Consumptive hypocoagulation period is an appropriate time to supplement coagulation factors, which is a blood component often infused in obstetrics.

Transfusion of new blood or stored blood shall not exceed 3 days. In addition to supplementing blood volume, it can also supplement a variety of coagulation factors consumed by DIC, but the blood transfusion effect is best on the basis of anticoagulation, and heparinized or exogenous procoagulant substances have been removed first, such as placental abruption has been delivered. Fresh frozen plasma is superior to blood in capacity expansion because it has no cell components and contains a large amount of antithrombin III, which can cooperate with heparin to block the continuous consumption of coagulation factors without aggravating coagulation.

It contains coagulation factors I, V, VIII and XIII, which can increase fibrinogen by 100mg/L per unit and increase the level of factor VIII. However, blood products have the danger of spreading hepatitis and AIDS, especially fibrinogen products should be paid attention to.

It is an inhibitor of lumbrokinase (natural proteolytic enzyme), with molecular weight of 6512. The concentration and activity of aprotinin on the market are expressed as kallikrein inactivation unit (KIU).

The application of aprotinin can not only reduce the consumption of coagulation factors, but also prevent secondary bleeding caused by activation of coagulation and fibrinolysis systems. The first dose of trypsin (trasylol) made in China is 80,000 ~ 120,000 U, which is injected intravenously, and then 10,000 U is injected intravenously every 2 hours until bleeding stops.

The first synthetic antifibrinolytic preparation has a molecular weight of 131. The hemostatic effect is weaker than aminotoluene acid (hemostatic aromatic acid). The initial dosage of 4 ~ 6g was added in 100ml of 50% glucose solution and normal saline, and the dripping was completed within 15 ~ 30min. The maintenance amount was 1g per hour, and the maintenance time was determined according to the disease, and the daily dosage should not exceed 20g. Oral administration of 2g each time, 3 ~ 4 times/d.

The antifibrinolytic effect was 3 times stronger than that of EACA, the toxicity was lower, thrombosis was not easy to form, and excretion was slow. 70% of them were excreted from urine in the original form within 24 hours, and 30% of them were excreted without active metabolites. The intravenous dosage was 0.1 ~ 0.3 g and diluted with 50% glucose solution or 10 ~ 20ml normal saline. Slow intravenous injection, then maintained at 0.1 g, and the daily dosage did not exceed 0.6 g. Oral administration for 3 times/d, 0.25 ~ 0.5 g each time.

Both fibrinolytic enzyme and thrombin are double-stranded serine proteolytic enzymes, which act on specific sites of fibrin and fibrinogen respectively. When coagulation factor VII is activated, blood coagulates through endogenous coagulation system, and fibrin activity may be enhanced through kininase. Thrombin and hemolytic enzyme are produced almost at the same time and hold a balanced state. However, in the process of DIC, there are both hypercoagulation and fibrinolysis, which lose the normal balanced state. Therefore, in the early hypercoagulability period of DIC, heparin anticoagulation should not lose the opportunity to control coagulation due to bleeding, and anti-fibrinolysis preparations should not be used to stop bleeding and aggravate fibrin deposition.