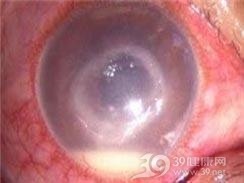 First, the cause of the disease:

1. The disease is caused by enterovirus type 70 (EV70) or coxsackie virus A type 24 (CA24v). The virus is 20 ~ 30nm in diameter and was first discovered in 1969. Up to now, nearly 1 million people in the world have been infected with this disease.

1. After entering the human body from the intestinal tract or respiratory tract, the virus propagates and replicates in the epithelial cells of the small intestine and pharynx and nearby lymphoid tissues, and then invades the blood circulation to a certain extent, forming the first (secondary) viremia. At this time, the patient may have mild discomfort or no symptoms. Viruses enter various target tissues with blood flow and continue to multiply in them, resulting in damage to tissue cells; At the same time, it invades the blood circulation again (the second or major viremia), so that various target tissues are invaded by viruses again. Clinical symptoms generally occur after histiocyte damage and during the second viremia.