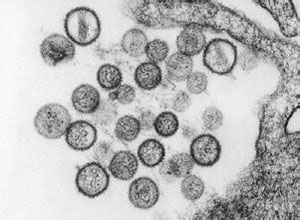 Knowledge of diagnosis and treatment of Hantavirus pulmonary syndrome

Recently, Crowleg et al. reported that 3 patients with severe cardiopulmonary failure were treated with extracorporeal membrane oxygenation (ECMO). These 3 patients met at least two of the difficult to survive criteria, and were also patients who failed to apply the best conventional treatment. The first case was treated with ECMO when the heartbeat stopped and died. The other 2 patients survived after receiving ECMO treatment without complications. It is believed that ECMO is an effective treatment for patients with Hantavirus pulmonary syndrome in the extreme stage. Conditional units can be tried. When the disease broke out in Argentina, epidemiological studies had suggested that there was human-to-human transmission, so patients should be closely isolated.

Treatment: In view of Hantavirus HTNV and SEOV infection of hemorrhagic fever with renal syndrome, early application of ribavirin to anti-infective treatment is effective, so the United States CDC approved that ribavirin can also be tried in the early stage of this disease. Recently, the American Ribavirin Research Group summarized the effects of ribavirin in the treatment of HPS from June 1993 to September 1994. The fatality rate of HPS patients diagnosed with 30 diseases was 47% (14/30), compared with 34 who did not enter the study during the same period. Comparison of HPS patients cannot suggest that ribavirin has a significant effect. Therefore, it is believed that a randomized, placebo-controlled trial is needed to evaluate the effect of ribavirin in the treatment of HPS.

The second is symptomatic treatment:

1. When dyspnea or hypoxia occurs clinically

Oxygen should be given in time, and oxygen can be inhaled with a nasal tube or a mask.

2. Give sedatives when the patient is irritable

If the condition worsens or the oxygen inhalation is invalid, and the arterial blood oxygen continues to be below 8.0 kPa (60mmHg), mechanical ventilation should be promptly switched to. Use an artificial respirator for positive end-expiratory pressure breathing until the clinical symptoms improve. In addition, the application of high-dose glucocorticoids is advocated. Its effect is to reduce pulmonary capillary permeability, relieve bronchospasm, stimulate type II alveolar cells to synthesize and secrete pulmonary surfactants, and reduce alveolar atrophy. Can use dexamethasone 30 ~ 60mg/d, intravenous drip.

4. People with oliguria and kidney failure

The water intake should be limited, and the daily water intake is 700 ml of the previous day's output (urine volume and vomiting volume). In addition to the application of 5% sodium bicarbonate injection to correct acidosis, the main infusion of hypertonic glucose injection is to supplement energy, reduce body catabolism, and control the increase in azotemia. In addition, intravenous furosemide can be used to promote diuresis. If oliguria lasts for 4 days or anuria for more than 24 hours, and urea nitrogen>28.56mmol/L, hemodialysis can be considered.

Among them, the precautions for the use of furosemide injection

(1) When the diuretic effect is poor, the dose should not be increased to avoid nephrotoxicity, which is unfavorable to the recovery of acute renal failure.

(1) This drug can pass through the placental barrier. Pregnant women, especially in the first 3 months of pregnancy, should avoid using it as much as possible. There is no preventive effect on pregnancy-induced hypertension syndrome. Animal experiments show that this product can cause fetal hydronephrosis, miscarriage and increased fetal mortality.

(2) This drug can be secreted by breast milk, and women who are breastfeeding should use it with caution.

The half-life of this drug in neonates is significantly prolonged, so the interval between neonatal medications should be extended.

The elderly are more likely to have hypotension, electrolyte disturbances, thrombosis and renal damage when using this medicine.