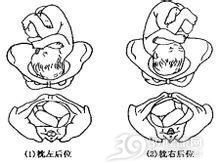 Knowledge of diagnosis and treatment of abnormal fetal position

Chest and knee lying position: that is, pregnant women keep their heads low and their hips high. Before doing chest and knee lying position, you should urinate and loosen your belt. Pregnant women can kneel on a hard bed with a pillow on their chest, bend their forearms, turn their heads to one side on the bed, and make their hips at right angles to their thighs. It can be 2 ~ 3 times a day, each time for 10 ~ 15 minutes, 5 ~ 7 days as a course of treatment, and reexamined one week later. This is a change in the center of gravity of the fetus, which increases the chance of the fetus changing to the head position. The advantage is that it doesn't need any conditions and equipment, so long as it is practiced at home. The disadvantage is that pregnant women may have backache, dizziness, nausea and other phenomena during practice, which often can't be adhered to.

This is a method of correcting fetal position in traditional Chinese medicine. Pregnant women lie flat or take a sitting position and loosen their belts. At the same time, the doctor moxibustion from both sides to Yin point (outside the small toe of foot), 1 ~ 2 times a day, each time for 15 minutes, 5 times as a course of treatment, and reexamination after one week. This method is easy to operate, painless and economical, and pregnant women can learn to moxibustion by themselves.

Those who use the above methods to correct the invalid fetal position can generally go to the hospital after 30 weeks of pregnancy, and the doctor can reverse the fetus by pushing by hand. This method requires professional skills, and pregnant women cannot do it by themselves at home.