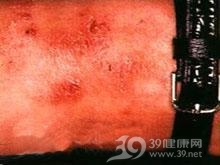 Antibody (or cell) mediated immunity against its own tissue components appears due to the destruction of its own stability. Also known as self-allergy. The causes are as follows: ① New antigens appear or the original hidden isolated antigens are released, which is not tolerated by the immune system. Once exposed (such as released due to trauma), an immune response will be produced. Such as sperm that has not been formed before puberty, new antigens formed after virus infection or malignant transformation; ② After some changes in normal components of the body, the exposed new antigenic determinants stimulate the immune system to cause autoimmunity. For example, antibodies deform and twist due to binding with antigens, exposing some amino acid sequences (which can be used as antigenic determinants) that did not appear before binding, thus stimulating the body to produce antibodies against its own components. The same can be true of some components in the complement system. Antibodies formed in this way react almost exclusively to determinants exposed by mutant antibodies or complements. The rheumatoid factor peculiar to rheumatoid arthritis is the corresponding antibody against the changed immunoglobulin; ③ Because of the immune effect of cross-reactive antigen, it can also stimulate the body to produce immune response against itself. These cross-reactive antigens may have some of the same antigenic determinants as their own components. For example, some strains of streptococcus cause infections (rheumatic fever), and antibodies against myocardium and endocardium may appear.