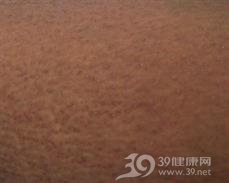 The cause is unclear. Macula and mossy cutaneous amyloidosis may be related to family genetic factors. It is observed that the incidence rate of patients with family history is as high as 28%, with autosomal dominant genetic characteristics; In addition, natural factors in some areas, such as high temperature and humidity, are also the inducement of the disease. Scratching and rubbing the skin for a long time leads to skin thickening, hyperkeratosis and abnormal pigmentation, resulting in so-called friction melanosis, followed by amyloidosis called friction amyloidosis.

Macula cutaneous amyloidosis and mossy cutaneous amyloidosis are closely related and often coexist. The former can develop into the latter by scratching stimulation, while the latter can also be transformed into the former after treatment, so some people think that they are of the same type and different stages of development. At present, the formation of amyloid protein is considered to be the "keratin corpuscle" produced after apoptosis of epidermal keratinocytes. Its morphology is similar to the colloid corpuscle of lichen planus, which contains tenofibrils. Immunofluorescence examination found the deposition of anti-keratin auto antibody around amyloid protein. Cutaneous heterochromic amyloidosis belongs to autosomal recessive inheritance. Ultraviolet radiation is an important inducing factor, among which UVB is the most obvious, but there are also reports of other spectra and even gamma rays inducing this disease. Nodular cutaneous amyloidosis has obvious clonal proliferation of plasma cells in amyloid masses, and its essence is actually extramedullary plasmacytoma. Plasma cell cachexia is formed by local infiltration of a large number of plasma cells, which secretes excessive immunoglobulin and degenerates into amyloid protein, which can also induce reactive infiltration of T lymphocytes.