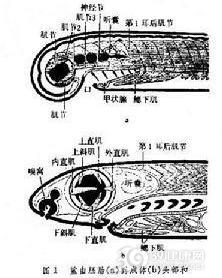 The main etiology of extraocular muscle hypoplasia is congenital and unclear

The true cause of congenital extraocular muscle hypoplasia is unclear.

From the perspective of embryonic development, the extraocular muscle develops from the center of each mesoderm. At the fifth week of embryo, the mesoderm condenses into a very thin cone, and the formation of this mesoderm cone is the beginning of the development of extraocular muscle. During the period of 13 ~ 18mm in length at the 6th week, the muscle cone boundary was obvious, and at the end of the 6th week, it became an individual muscle tissue, and the differentiation of extraocular muscles began at the cone tip in the posterior part of orbit and proceeded forward. At the end of the second month, at the 30mm embryonic stage, the muscle is composed of long cells and fibers, which are separated from each other by a few connective tissues in a bundle shape. At this time, the tissues in the muscle cone are arranged thinly and loosely except near the optic nerve. In the third month, the ocular muscles and orbital connective tissue continued to differentiate, and by the end of the month, the embryo with a length of 70mm had developed well. The muscles were separated by many septals, which ended in the sclera slightly before the equator of the eyeball and started at the optic foramen. At the 4th month, the extraocular muscles were similar to those of adults except for their size. Therefore, during the period from the 5th week to the 4th month of embryo, the differentiation defect of developing mesoderm often leads to hypoplasia of extraocular muscles, such as fusion of superior rectus muscle and levator palpebrae superioris muscle, fusion of medial rectus muscle and superior oblique muscle, etc., and abnormal end of extraocular muscles and absence of single or multiple muscles may also occur.