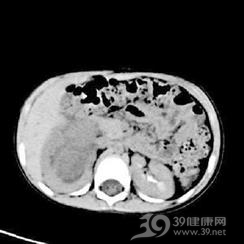 The main etiology of central neurocytoma: Its occurrence may be caused by abnormal gene expression of embryonic nerve cells and lack of further differentiation.

In 1982, Hassoun et al. first discovered the particularity of its ultrastructure, which was considered to be the origin of nerve cells, but it was named differently from gangliocytoma and neuroblastoma under light microscope. The nerve cells in the ventricle may come from granular neurons in the hyaline septum or the small gray matter nucleus of the fornix.

2. In terms of pathology, the main part of the tumor is located in the lateral ventricle, with clear boundaries, and part of it is attached to the lateral ventricle wall. It can originate from the transparent diaphragm and the corpus callosum, and can also attach to the frontal lobe or erode the frontal lobe. As the tumor grows, it can go to the third When the ventricle blocks the midbrain aqueduct or enters the fourth ventricle, the tumor blocks the interventricular foramen, the third ventricle or the midbrain aqueduct can cause the ventricle to expand and produce obstructive hydrocephalus. The tumor is spherical with clear boundaries. The tumor is soft, grayish-red, and calcified.

3. The morphology of tumor cells under light microscope is very similar to that of oligodendroglioma, which is not easy to distinguish. It is composed of a single small cell, with little quality, round nucleus, spot-like chromatin, and often halo around the nucleus. There are local calcifications in the tumor. Some tumors contain perivascular pseudorose-shaped structures similar to ependymoma. If there is mitosis, tumor necrosis, or vascular endothelial hyperplasia, it indicates tumor malignancy. By immunohistochemistry, central neurocytoma can be differentiated from oligodendroglioma and ependymoma. In most central neurocytomas, synaptophysin is strongly positive, while glial fibrillary acidic protein (GFAP) is negative. In addition, some tumors were positive for neuron-specific enolase (NSE) staining. For a small number of synaptophysin-negative tumors, the diagnosis needs to rely on the observation of the cell ultrastructure by electron microscopy. Under the electron microscope, there are a large number of neurosecretory granules, synapses, microtubules and axons in the cytoplasm of tumor cells.