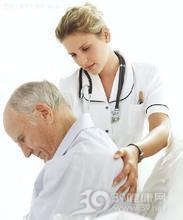 Common examinations for hyponatremia in the elderly

Serum sodium level <135mmol/L, extracellular fluid can be normal, increase or decrease. The plasma osmolality is <275mmol/L. Urine sodium determination helps to distinguish between renal and extrarenal sodium loss. The former is usually> 20 mmol/L, and the latter is usually less than 20 mmol/L.

1. The ammonium chloride stress test is helpful for the diagnosis of renal tubular acidosis.