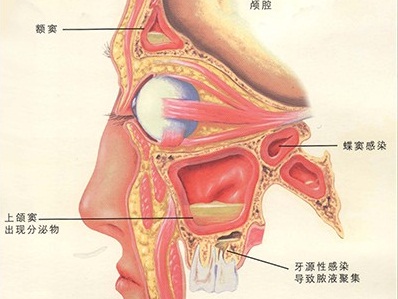 It should be distinguished from cold:

Rhinitis is often treated as a cold, and taking anti-cold and antibiotics has no curative effect, which leads to misdiagnosis and mistreatment and delays the illness.

1. First of all, colds are highly contagious, so most of them are mass hair, such as family, school and working environment; Rhinitis is not contagious, but it can be inherited;

2. Nasal symptoms such as sneezing, runny nose and stuffy nose of a cold are often persistent and will last for several days. With the control of a cold, the symptoms gradually decrease and finally relieve; The rhinitis attack is paroxysmal, rhinitis is generally not accompanied by fever, while colds are usually accompanied by fever.

3. Rhinitis sneezes frequently, while colds sneeze less and nasal itching is not obvious.

4. When catching a cold, the general symptoms are severe, such as chills, fever, limb weakness, myalgia, headache, sore throat, gastrointestinal discomfort, etc., while rhinitis is only manifested as nasal symptoms or accompanied by asthma or skin allergy;

5. The course of cold is short, usually 1-2 weeks, while chronic rhinitis has a long course and recurs all the year round.

treatment of rhinitis, rhinitis how to do, rhinitis medication

how to prevent rhinitis and nursing measures of rhinitis