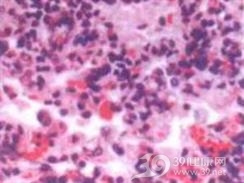 The difference between this disease and capsular histoplasmosis.

Histoplasmosis capsulati is a granulomatous disease caused by Histoplasma capsulatum var. capsulati, which is widely distributed all over the world.

Because of inhaling bacteria-carrying dust, Can cause acute infection, 95% of cases were asymptomatic, After healing, only calcification is left, A few may have mild or moderate symptoms, Such as dry cough, chest pain, Children can have fever, Severe cases may have emaciation, Weakness, night sweats and hemoptysis, Quite like tuberculosis, histoplasmin skin test and fungal culture are positive. Chest radiographs show scattered infiltration in the lungs, enlarged hilar lymph nodes, and finally uniformly distributed calcification spots are left. About 10% of patients in epidemic areas suddenly have serious symptoms, such as high fever, shortness of breath, chest pain, similar to acute pneumonia, and histoplasmin test is strongly positive.

It can show a benign course, Such as lung, liver, Spleen and other organs can have many calcification points, But asymptomatic, Under certain conditions, If immunity is reduced, Can become progressive, Disseminated or explosive, Progressive or disseminated is more common in adults, Have severe symptoms and hepatosplenomegaly, Fulminant type is mostly found in children, especially infants, which can lead to rapid death. A few cases can turn into chronic or manifest as skin mucosal ulcer or granuloma, which appears in oral cavity, tongue, throat, gastrointestinal tract, external genitalia or skin, bones and joints are rarely affected, and primary skin infection is rare, occasionally seen in laboratory staff.