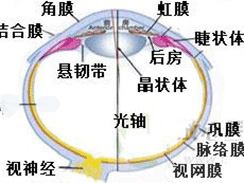 (veRNAl conjunctivitis), more accurately known as vernal keratoconjunctivitis (VKC), is a bilateral chronic external eye disease, in which atopic individuals can react to antigens ubiquitous in the environment. The main atopic diseases include eczema, asthma and urticaria. VKC mainly affects children and young adults, and is most common in spring, so it is called "spring" conjunctivitis. The main symptoms of the affected patients are external eye diseases, and the main symptoms are itching, tears, shame and viscous secretions. The disease is "self-limiting". At present, it has been proved that effective drugs include topical glucocorticoid and mast cell stabilizer.

(membranous conjunctivitis), also known as diphtheric conjunctivitis, is acute suppurative conjunctivitis caused by diphtheria bacilli. It is characterized by a layer of gray-white membrane-like exudate that is not easy to peel off on the surface of eyelid conjunctiva, which is accompanied by nasopharyngeal diphtheria, fever and other systemic poisoning symptoms. Due to the extensive vaccination of diphtheria vaccine, this disease is extremely rare in China at present.

It is caused by adenovirus types 8, 19 and 37. Among them, type 8 is more common and highly contagious, which has caused worldwide epidemic.

(Inclusion conjunctivitis) is an acute or subacute follicular conjunctivitis caused by Chlamydia trachomatis type D ~ K, which is transmitted through sexual contact or birth canal. This type of chlamydia infects male urethra and female cervix, and then spreads to conjunctiva through sexual contact or hand-eye contact. Swimming pool can indirectly spread the disease. Newborns delivered through the birth canal may also be infected. Clinically, it is divided into neonatal and adult inclusion body conjunctivitis. It often invades both eyes and is an acute disease.

(gonococcal conjunctivitis), also known as gonococcal eye or gonococcal purulent eye, is an extremely severe acute suppurative conjunctivitis. This disease is characterized by high eyelid, conjunctival congestion and edema and a large number of purulent secretions. If the treatment is not timely, corneal ulcer and perforation will occur in a short time, resulting in serious consequences of blindness. After liberation, with the control of sexually transmitted diseases, this disease has become extremely rare in China. However, in recent years, gonococcal genitourinary infection has increased year by year in China.

(phlyctenular kerato conjunctivitis) is a delayed-onset allergic disease caused by microbial proteins. Mainly occurs in spring and summer. It is characterized by repeated nodular cell infiltration under conjunctiva and limbal epithelium, ulcer after the central blank of the lesion falls off, and local congestion around the nodule. This disease can heal itself, but it is easy to relapse. Especially in binocular patients, the lesions alternate and repeat, which can last for months and years. Generally, the prognosis is good. When the lesion is located in the central part of cornea, it can cause different degrees of visual impairment.