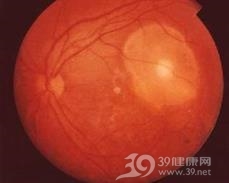 Laboratory examinations can be carried out for systemic diseases complicated by some cases.