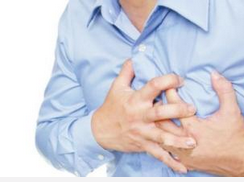 Etiology of hiatal hernia in the elderly

1. Relaxation and widening of esophageal hiatus

Increased abdominal pressure and imbalanced pressure in the chest and abdomen are another pathogenic factor, such as obesity, chronic cough, chronic constipation, ascites, late pregnancy, tight belts, frequent hiccups, huge intra-abdominal tumors, etc., can all cause increased abdominal pressure. As a result, tissues such as the abdominal segment of the esophagus, the fundus of the stomach, and the omentum of the intestine are pushed to the wide and loose diaphragmatic hiatus, and herniated into the chest cavity.

The causes of this disease are mainly congenital and acquired, and the latter are more common. In congenital patients, due to hypoplasia, the diaphragmatic esophageal hiatus is wider and looser than normal. Acquired patients are related to diaphragmatic esophageal membrane, peri-esophageal ligament relaxation, hiatus widening, and increased intra-abdominal pressure. As the elderly grow older, the elastic tissue of the diaphragmatic esophageal membrane shrinks, and the surrounding ligaments tend to relax; and among the causes of increased intra-abdominal pressure, such as obesity, chronic constipation, and chronic cough are more common in the elderly, and the elderly have With the above two basic conditions, it is more likely to suffer from hiatal hernia. In addition, esophagitis, esophageal ulcers cause esophageal scar contraction; tumor infiltration caused esophageal shortening; thoracic kyphosis; strong vagus nerve stimulation caused by contraction of the longitudinal muscle of the esophagus and shortening of the esophagus, etc., can all cause the upper esophagus in the chest cavity. Traction causes this disease. Severe chest and abdomen injuries and changes in the normal position of the esophagus, stomach, and diaphragmatic hiatus caused by surgery, or the relaxation of the esophageal membrane and diaphragmatic hiatus caused by surgical traction, can also cause this disease.

Hiatal hernia can be divided into 3 types according to morphological classification.

The first two types coexist, the least common. In the mixed type, the gastroesophageal junction and the greater curvature of the stomach are laterally shifted to the diaphragm. The herniated part of the stomach is larger, reaching 1/3 of the stomach or the entire stomach, and even part of the greater omentum and colon. The chest cavity often has symptoms of acute abdomen such as incarceration, strangulation and perforation.

This disease and reflux esophagitis are mutually causal and mutually promoting. In the middle and late stages of reflux esophagitis, due to esophageal inflammation, erosion and ulcers, the esophagus is shortened, and the gastroesophageal junction is pulled up and moved into the chest cavity. Hiatal hernia is formed; and in hiatal hernia, the His angle formed between the esophagus and the stomach changes from an acute angle to an obtuse angle, the ligament around the hiatus is loosened, and the hiatal hernia itself can also relax the lower esophageal sphincter (LES) and resist reflux Mechanism destruction, leading to reflux

The occurrence of sexual esophagitis.