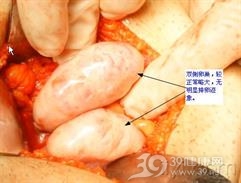 Gene mutation is the change of gene structure caused by the addition, deletion or replacement of base pairs in DNA molecules, which is called gene mutation. A structural change within a gene that can be inherited. Also known as point mutation, it can usually cause certain phenotypic changes. Autosomal mutation gene, the inheritance mode of familial patients is autosomal recessive or dominant inheritance.

It is autosomal recessive inheritance. True hermaphroditism is 46, XX 60%, 46, XY 20%, and chimera 46, XX/46, XY 20%. Y chromosome was not found by Y-specific DNA probe in 46, XX gene tissue, so the pathogenesis could not be explained by Y → X or Y → autosomal translocation or by sex staining chimerism. It has been proved that the genes controlling development and differentiation may be located in autosomes. It has been reported that both siblings of 46 and XX karyotype are H-Y positive, with abnormal external genitalia, and their gonads are egg testis, but their sex is one male and one female, which is considered to be transmitted from the father and belongs to autosomal dominant inheritance.

True hermaphroditism karyotype 46, The etiology of XY needs further study, Its pathogenesis is similar to 46, XY incomplete gonadal dysplasia, In the early stage of testicular development, Gene variation related to testicular development in reproductive ridge and other regions, while the other region retains the tendency to differentiate into ovary. Due to the lack of double X chromosomes, primordial follicles in ovarian tissue accelerate differentiation. If some follicles are preserved, this disease is called true hermaphroditism, and if only ovarian stroma is preserved, it is called gonadal hypoplasia. Therefore, egg testis and gonad hypoplasia are probably different manifestations in the same process.