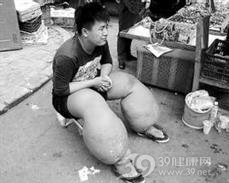 2. Microfilaria are viviparous, mainly appearing in peripheral blood, swimming like snakes. Microfilaria bancrofti is about 280μm long and 7μm wide. Microfilaria bancrofti is shorter and thinner than microfilaria bancrofti. Under an optical microscope, microfilariae can be seen to be slender, with a blunt and rounded head, a sharp tail and a sheath. There is a round nucleus in the body, and the non-nucleus part of the head is called the head-end gap. The nerve ring is located at the front 1/5 of the worm body, followed by excretory holes and excretory cells. There are four cells G, R2, R3 and R4 in the back of the worm body, an anal hole is located on the posterior ventral side, and the caudate nucleus is located in the tail. The morphology of Bancrofti and Malayan microfilaria are significantly different. The ultrastructure of microfilaria is basically the same as that seen under light microscope, and the body wall is similar to that of adult worms, including multi-membrane keratinocytes, dorsal, abdominal and lateral cords, subcutaneous layers and muscle cells, etc., and undifferentiated prosthetic cavities. The lifespan of microfilaria can live in the human body for 2 to 3 months, even up to 3 years. The microfilaria of bancrofti can live more than 9 months in experimental animals.

3. Life history The life history of Bancrofti and Malayan silkworm includes two different stages: one stage occurs in the insect (mosquito) host, which is the intermediate host, and the other stage is in the human body, which is the final host.

(1) Inside the mosquito: When a mosquito bites a positive patient with microfilaria, the microfilaria in the blood is sucked into the mosquito's stomach, shed its sheath in about 2-7 hours, pass through the stomach wall, enter the pectoral muscle through the abdominal cavity, and start after reaching the pectoral muscle It develops and sheds its skin twice in 6-14 days to become the third or infectious larva. After mature, it leaves the chest muscles and migrates to the lower lip of the mosquito's kiss, and enters the human body when the mosquito sucks blood.

(2) In the human body: After the infectious larva invades the human body, some larvae die or are eliminated during the migration and development of the tissue, and some larvae reach the lymphatic vessels or lymph nodes and develop into adults. Adult bancrofts often reside in the abdominal cavity, spermatic cord, and the deep and superficial lymphatic system of the lower limbs; adult Malayans often reside in the shallow lymphatic system of the lower limbs. It takes 8-12 months for the larvae to invade the human body during the infectious period to the appearance of microfilariae in the peripheral blood.

4. Biological characteristics Chinese Bancrofti and Malayan filarial filarials, according to their biological characteristics, belong to the nocturnal cyclical type. The microfilaria of the two filarial worms have a periodic appearance in the peripheral blood at night. Microfilaria appeared since dark, and the peak of microfilaria appeared at night. Microfilaria bancrofti was from 10 pm to 2 am the next morning; Microfilaria malaysia was from 8 pm to 4 am the next morning. The periodicity of Malayan microfilaria is not as good as that of bancrofti. There are more insects in summer than in winter. Microfilaria hides in the microvessels of various organs such as the lung and heart during the day, mainly in the microvessels of the lung. When there are many microfilariae in the blood, they can also appear in small amounts in the peripheral blood during the day. In addition, Bancroftian filariasis, which is endemic in the South Pacific islands east of the Buxton's line in the South Pacific and some archipelagoes in the Bay of Bengal, is a diurnal sub-periodic type. In the Kanchanaburi province area of ​​western Thailand, it presents a sub-periodical pattern at night. The microfilaria in the peripheral blood mostly appear at night and can be found during the day (about 20% of the night).

There are many different explanations for the principle of microfilaria periodicity. At present, many scholars use the theory of biological rhythm to explain that it is believed that the biological characteristics acquired during the long-term adaptation process between the parasite and the host (the end host and the intermediate host) can also be affected for various reasons, especially when the human body wakes up. It is related to sleep habits. If sleep changes to day and wakes up at night, after a few days, the nighttime periodicity can be changed to daytime periodicity. This is related to the adjustment of the vagus nerve to the pulmonary capillaries

. During waking, the vagus nerve is in an inhibited state, the pulmonary vasodilation is poor, and most of the microfilariae stay in the capillaries of the lung; during sleep, the vagus nerve is in an excited state, the pulmonary blood vessels are greatly expanded, and a large number of microfilariae enter the periphery Blood flow. However, it is difficult to explain the diurnal subcyclical pattern with this view.

Experiments have found that changes in the partial pressure of oxygen in the lungs and surrounding blood can change the periodicity of microfilaria bancrofti. At night, if the patient inhales oxygen and reduces carbon dioxide, while performing muscle exercises, the microfilaria in the peripheral blood can be rapidly reduced; some people have also observed that at night, if the partial pressure of oxygen in the lungs is increased, 80% of Bancroft's microfilament can be increased. The filaria leave the peripheral blood and hide in the lungs. In addition, the host's body temperature, respiration, blood glucose concentration, and certain drugs, such as ethamine, drugs that inhibit or excite the vagus nerve, can affect the amount and periodicity of microfilaria in the blood.

The occurrence and development of filariasis depends on various factors, including the type of filaria, development, parasitic location, the number of larvae invaded during the infectious period, the reactivity of the human body, and secondary infections. In the process of filariasis, adult worms play a major role, and larvae in the infectious period are also related to the onset of disease during their development and maturity. When complicated by bacterial infections, the manifestations of filariasis are more complicated. Microfilaria appearing in the peripheral blood have little to do with the disease.

When the infectious larva penetrates into the skin, it travels to the lymphatic system of the human body, and develops and matures. At this stage of development, the metabolites produced by the larvae and adults, as well as the excretion of the adults in the uterus, can cause systemic allergic reactions and tissue reactions of the local lymphatic system, manifested as periodic episodes of lymphangitis, lymphadenitis and fibrosis. Insect fever and so on. This kind of acute lymphangiitis (nodule) inflammation is considered to be caused by type Ⅰ or type Ⅲ allergy. In the later stage, it is mostly lymphatic obstructive lesions, which are considered to be type IV allergies.

Chronic symptoms and signs of filariasis are caused by the host's immune response to filariasis antigens. There are antibodies against adult filarial worms and microfilaria in the serum of patients with Bancroft and Malay filariasis. In the serum of patients without microfilariasis, there are antibodies against the surface sheath of microfilaria. Filaria antibodies mediate or participate in the elimination of microfilaria in the blood circulation. Asymptomatic patients with microfilariaemia have a low immune response, their lymphocytes usually do not react with filarial antigens in vitro, and there are no antibodies against adult worms and microfilariae antigens in their serum, or the level of antibodies is very low. Filariasis progresses to chronic obstruction and forms elephantiasis. There is usually no microfilariasis at this time, but its characteristic inflammatory pathology is due to local inflammation caused by a high degree of immune response and tissue damage. The formation of lymphedema may also be immune-mediated, which is the result of lymphatic endometritis obliterans caused by the response to the adult; it is also believed to be due to the interaction of certain factors of the adult with the host's body fluid-cell inflammatory response This leads to poor lymphatic drainage. In short, the immune mechanism of filariasis is very complicated, and it is still unclear so far.

The pathological changes of filariasis are mainly in the lymphatic vessels and lymph nodes.

1. Lymphatic system diseases can be divided into acute phase, subacute phase and chronic phase. The acute stage mainly manifests as acute inflammation dominated by exudation, lymph node congestion, lymphatic vessel wall edema, eosinophil infiltration and even thickening, and the lumen is filled with pink protein liquid and eosinophils; subacute stage, A proliferative granulomatous reaction appears in the lymph nodes and lymphatic vessels. The center of the granuloma is degenerated adults and eosinophils, surrounded by fibrous tissue and epithelioid cells. In addition, there are a large number of lymphocytes and plasma cells, similar to tuberculosis nodules. In severe cases, tissue necrosis, liquefaction, and a large number of eosinophils infiltrate, forming eosinophilic abscess; in chronic stage, the most obvious manifestation is a large number of fibrous tissue hyperplasia, lymph node hardening, lymphatic fibrosis, and even the formation of solid fibers Su, that is, lymphatic endometritis obliterans.

Lymph fluid stays in the tissues for a long time. Due to the high protein content in the lymph fluid (increased from the normal 0.49%～0.69% to 3.03%), the continuous stimulation of the massive proliferation of fibrous tissue makes the skin and subcutaneous tissue significantly thicker, thicker, Wrinkles, forming various types and various parts of elephantiasis seen in clinic. Due to poor local blood circulation, the function of sweat glands, fat glands and hair follicles in the skin is impaired, and the resistance is reduced. It is prone to secondary bacterial infections, which can aggravate or worsen elephantiasis, and even form local ulcers.

The filaria cause no obvious reaction in the various organs of the human body, but some people have found that granulomas caused by microfilaria can occur in the spleen and brain tissue, which are caused by a large number of eosinophils, epithelioid cells, fibroblasts and foreign bodies. It is composed of giant cells and can find microfilaria. In addition, there are filariasis granulomas in the neck, chest, back, breasts and other parts, as well as filariasis pericarditis.