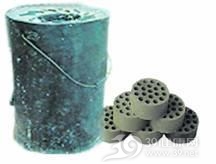 1. Determination of carboxyhemoglobin in blood

It is reported that 54% to 97% of patients with acute carbon monoxide poisoning can find abnormal EEG, which is manifested as an increase in low-amplitude slow waves. Generally, theta waves and delta waves in the frontal and temporal regions are more common and are often related to clinical consciousness disorders. Some patients with coma may also have special three-phase waves, similar to the waves in hepatic coma. False paroxysmal spikes and slow waves or slow spikes and slow waves. In some patients with acute carbon monoxide poisoning, the abnormality of EEG in the later stage of mental retardation can exist for a long time.

In the acute phase of carbon monoxide poisoning and those with delayed encephalopathy, the latency of the visual evoked potential VEP100 is prolonged, and the abnormal rate is 50% and 68%, respectively. In the recovery phase, it can be reduced to 5% and 22% of the median nerve somatosensory evoked potential (SEP) examination. See N32 and other medium and long latent components are selectively damaged. The abnormality rate of both types of patients exceeds 70%, and the abnormality of the brainstem auditory evoked potential (BAEP) is closely related to the degree of consciousness disorder and poisoning. The outcome of the illness is parallel.

In patients with carbon monoxide poisoning in the acute stage and when the delayed encephalopathy occurs, the main abnormality is that the white matter under the cerebral cortex and the globus pallidus or internal capsule appear roughly symmetrical reduced density areas. Later, the ventricles or sulci are enlarged. The abnormal rates were 41.2% and 87.5%, respectively. Those without abnormal brain CT had a better prognosis, and those with abnormal CT had a coma for more than 48 hours. However, there is no CT change in the early stage of delayed encephalopathy. The above-mentioned CT abnormalities are generally found only 2 weeks after the onset of delayed encephalopathy symptoms, so they are not as sensitive as brain evoked potentials and EEG.

Serum ALT activity and non-protein nitrogen increased transiently. The activities of lactate and lactate dehydrogenase increase after acute poisoning. Serum AST activity also began to increase in the early stage and reached the highest value within 24 hours. If it exceeds 3 times the normal value, it often indicates that the condition is severe or there are comorbidities with rhabdomyolysis, and the blood creatine phosphokinase (CPK) activity is significantly increased. . Blood gas examination shows that the partial pressure of blood oxygen can be normal, and the blood oxygen saturation can be normal, the blood pH is reduced or normal, and the partial pressure of carbon dioxide in the blood often has a compensatory drop and blood potassium can be reduced.

ST-T changes may occur in some patients, as well as ventricular premature contractions, conduction block, or transient sinus tachycardia.